South Korean authorities have been involved in selling Bitcoin (BTC) that was seized from criminal activity in 2017. The value is now worth $10.5 million more than at the time. The money is said to have been saved in the country's national treasury.  According to Suwon District Prosecutors Office sources, this unfolding of events is the very first time the coins in concern have moved between wallets since being placed in cold Coin Storage in 2017.

The digital assets were worth $238,000 at the time of confiscation, and recently sold for a total of $10.8 million, demonstrating a 4,400% rise in four years. Based on that figure, we can estimate that Bitcoin was worth about $1,300 at the time of the arrest, which occurred near the time of April 2017. 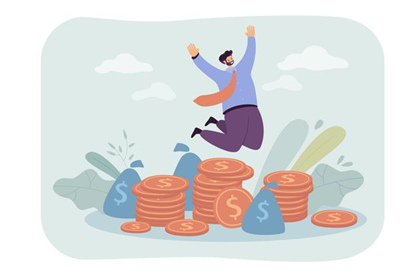 Authorities kept the coins in cold storage since there were no clear cryptocurrency trading laws or legislation in effect at the time. For the first time, the South Korean government implemented broad crypto-specific regulations in late March, raising pressure on exchanges and virtual asset service providers to use real-name trading accounts and disclose their activities to Korea's Financial Intelligence Unit.

South Korea's mission to control activity around cryptocurrency buying is driven by their focus and revelations about crypto’s exploitation by tax evaders, and fear about money-laundering. New legislation will go into effect in January 2022, imposing a 20% capital gains tax on income earned from cryptocurrency trading.

According to South Korea's National Tax Service, the amount of people investing in cryptocurrency increased by 25% in the last year, resulting in an 800% rise in total traded value.

Explore our platform to Buy and Sell Bitcoin. You can easily register an account to start investing with BC Bitcoin today.