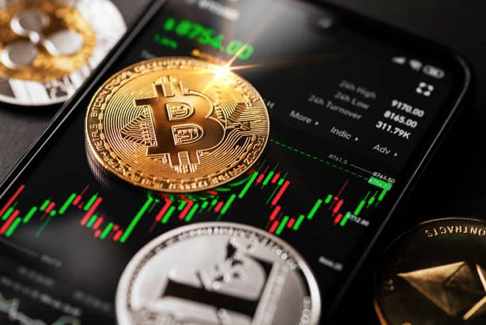 Christopher Giancarlo, the previous CFTC Chair, said that within the entire U.S. regulatory body, the CFTC is the only one with any form of experience with the market and crypto market investments.

The U.S. SEC, also known as the Securities and Exchange Commission, continues to broaden its opinions of the cryptocurrency trading industry. However, CFTC Commissioner Brian Quintenz from Commodity Futures Trading had raised concerns that cryptocurrency is not something the SEC should concern themselves with as it does not fall under the same jurisdiction.

Quintenz declared that crypto coins such as Bitcoin (BTC) should be controlled by the CFTC rather than the SEC. The CFTC Commissioner Quintenz stated that cryptocurrencies are commodities and thus fall within the authority of the CFTC.

Brian further says that in comparison, the SEC doesn't have the authority to control or regulate any form of commodity, crypto asset management, and the crypto market itself falls under this category.

Quintenz was later supported by the representatives of the United States House Committee on Agriculture. On social media platform giant Twitter, the committee tweeted in response to Quintenz on their official Twitter account to talk about how crypto investments 2021 are "bigger than the SEC."

The remarks coming from Quintenz and the committee appear to be in response to the new chairman of the SEC. Gary Gensler, the current chairman of the SEC, had recently announced wanting to build a robust regulatory system of the crypto business.