BlackRock, a multinational asset management company, has announced that it holds Bitcoin (BTC) Futures in one of its funds as of the end of January. Bitcoin is a decentralised cryptocurrency, that can be transferred between participants using its peer-to-peer network. The removal of intermediaries when sending funds and its secure blockchain protocol are just some of the reasons why Bitcoin investing and its technology are gaining attention.

Reported on March 31 by the US Securities and Exchange Commission, the BlackRock Global Allocation fund had bought 37 units of CME’s March 2021 Bitcoin futures for the approximate price of $360,000. According to the filing, the contracts expired on March 26.

It is noted that BlackRock previously stated to include cash-settled Bitcoin futures as investment options in two of its funds. Observing the timing of both filings however, which occurred on January 20, purchases of CME Bitcoin futures may have taken place afterwards. This is due to the fact that the filings only include details up until January 31. It is uncertain if the company will keep its CME Bitcoin futures. However, given the popularity and growth around cryptoassets, BlackRock is likely to retain and elevate its involvement. 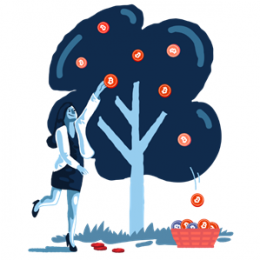 The warning signs were already there. During a CNBC appearance in mid-February, BlackRock CIO Rick Rieder announced that the firm was “starting to dabble” in buying Bitcoin. He stated that he feels the innovation and regulation have developed to the extent that a lot of people believe it should be part of the portfolio, which is what is pushing the price to buy Bitcoin up.

If you’re looking to Buy and Sell Bitcoin, head over to BC Bitcoin, the UK’s most trusted Bitcoin broker. Register an account to start investing today.