Paxful Denies Allegations of a Data Breach Involving Its Customers

An unknown online source was recently caught attempting to sell private customer and employee data that has reportedly been collected from cryptocurrency exchange platform Paxful. A spokesperson for the cryptocurrency trading site explained that no confidential customer information was leaked, and that crypto buying on their platform remains safe.

Despite the complaints and claims, representatives for Paxful have backed the company and reassured customers by stating that no consumer data had been compromised.

A spokesperson for the company originally stated on Friday that their customers’ “data has not been compromised in any way”. The employee data that was reported online was collected unlawfully from a third-party supplier that Paxful had previously collaborated with. Paxful ended its contract with this platform in September 2020. 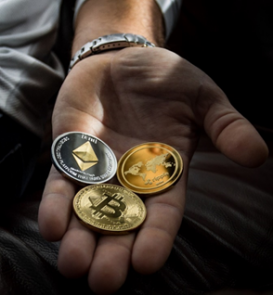 On a Russian Telegram channel, a user had released a post titled ‘Information Leaks’. It revealed that the database of a large portion of users on the paxful.com P2P cryptocurrency trading platform had been put up for sale on the English-speaking shadow forum.

The post listed phone numbers, names, and addresses, as well as other private data and details, which appears to have been held and posted for sale as part of a "dump" scheme with more than 4.8 million participants.

Online attacks and data breaches are sadly not unusual in a world that is becoming increasingly digital and automated. Facebook was recently hacked, exposing the personal information of over 500,000 users. The infamous Equifax data breach in 2017 affected millions of people. In 2020, the crypto hardware wallet Ledger also experienced their own data hacking issues.

If you’re looking to Buy and SellBitcoin (BTC) and other popular crypto you can easily and safely do so with BC Bitcoin. You can register an account with us today to start investing, and if you need any help at all you can speak directly to one of our team members via chat.