SHIB Hits More Than 150% In Latest Price Spike, But Is Now The Time To Invest? 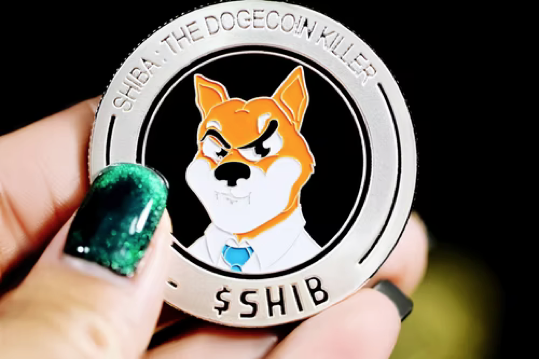 In recent weeks, we have seen prices to buy cryptocurrency on the rise, with some even passing their old all-time highs before the crypto crackdown. However, hitting the crypto media this week is another meme-coin inspired by the Japanese dog breed that lead to the creation of Dogecoin (DOGE). Crypto coin ticker SHIB, also known as Shiba Inu, has reached a price increase of over 150% in the last seven days.

On Thursday, the price to buy Shiba Inu crypto meme coin SHIB has risen to a new all-time high of $0.00008845 according to Shib price charts. Even though one SHIB is worth far less than a cent, the dog token has turned heads and even climbed the ranks to number 8 in market value. Over the last week, the Ethereum blockchain-based coin, Shiba Inu, had seen a 173% peak increase; as of writing, the token is up by 156% at $0.00007008. Despite the low price to invest, crypto analysts encourage traders to research the coin before purchasing.

Reportedly, crypto analysts have warned that before investing in cryptocurrency that happens to be booming in the market, you need to understand what you're buying and "not just hype around it." Aside from being known as a meme-coin, SHIB is still an altcoin, meaning it is part of the large variety of viable cryptocurrencies that are not Bitcoin (BTC). Because of the altcoin categorisation, it's speculated by many analysts and crypto professionals that altcoins are much more volatile and should be utilised with caution.

As previously stated, SHIB is an Ethereum-based token; as the founder of the coin, Ryoshi wanted to create Shiba Inu on an already secure blockchain. However, cryptocurrency experts have warned investors that crypto assets built in a blockchain that's not its own would mean that the coins would be underdeveloped.

In comparison, Bitcoin was built with a strong utility behind it to introduce a peer-to-peer financial system. Everything within its technology behind the coin was made with a keen eye for detail; this includes its blockchain network and the crypto giant’s ecosystem. Unfortunately, most altcoins were not built with the same careful craftsmanship and typically is missing many of the most important features that give a cryptocurrency true value. Without the value of a cryptocurrency's utility backing the price of a coin, usually, what's left is the community raising its fellow altcoin's prices.

In conclusion, before investing in SHIB or other altcoins due to hype, look beyond its sudden popularity and research the asset first. In similar news, 1Inch has recently seen a price spike of 69%, followed by a steep drop and almost returning to its average price earlier in the week. Could SHIB follow the same example?

If you are looking to Buy Shiba Inu coin UK and other altcoins, please head over to BC Bitcoin where you can safely start investing today. You call also Sell Shiba Inu via our platform and many other ERC-20 tokens.