The Bank of Thailand (BoT) has laid out plans for a retail Central Bank Digital Currency (CBDC), with preliminary testing protocols expected to begin in the second quarter of 2022. Thailand's central bank has sought public input on its initial proposal to introduce a sovereign digital currency over the next five years. Thailand's central bank revealed this in a press release published on Friday, seeking public feedback on the proposed CBDC roadmap.

The central bank released a preliminary report outlining its CBDC thesis as part of its plans. The Bank of Thailand explained its reason for forming a CBDC by arguing that the performance of private stablecoins undermines “monetary sovereignty and financial stability.” 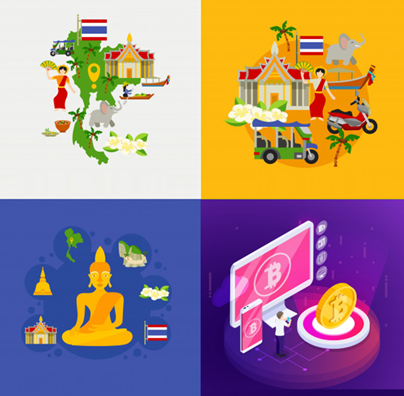 After all, Thailand's central bank declared Thai Baht Digital (THT) — a stablecoin issued by Terra — illegal in March. At the time, the central bank cited a provision in Thai law that prohibits anybody other than the central bank from issuing currency in Thailand.

According to the study, the Bank of Thailand will begin its CBDC development activities by interacting with stakeholders, accompanied by a cost-benefit analysis to determine the possibilities, threats, and difficulties associated with a sovereign digital currency. The BoT announced as part of its preliminary conclusion that it was keeping the door wide open for a CBDC, which is why it is kicking off its digital baht testing protocols.

The digital baht project, according to Arromdee, could be introduced within the next three to five years. Contributors have until June to provide their feedback on the BoT's proposals for a CBDC. Thailand is also a member of a CBDC collaboration that brings together Hong Kong, China, and the United Arab Emirates.  Exploring protocols to enable cross-border compatibility is becoming increasingly popular, with regional CBDCs emerging as a visible trend in the evolving sovereign digital asset ecosystem.

If you are looking to Buy and Sell cryptocurrency but you’re not sure where to find the best crypto broker, you can head over to BC Bitcoin to register an account to start trading crypto today.