Was The 51% Attack On Ethereum an April fool’s Joke?

It was reported that the Ethereum (ETH) platform's high fees, which miners currently authorise to facilitate transactions faster, are set to adjust with the introduction of the EIP-1559 protocol during the London update. The transition comes as the Ethereum Foundation prepares for Ethereum 2.0, which will move from a Proof-of-Work (PoW) to a Proof-of-Stake (PoS) consensus.

Nodes can mine Ethereum (ETH) which is the cryptocurrency native to the Ethereum blockchain, and the gas used for transferring ERC-20 tokens. Ethereum is considered the second most popular coin, with many correlations found between those investing in Bitcoin (BTC), and those who Buy Ether.

Ethereum miners reacted angrily to the proposed update, which would significantly reduce miner fees. EIP-1559, in turn, would impose a standard charge on miners, which miners will no doubt be able to set. Red Panda Mining wanted to begin shifting its hash power to a single mining pool, Ethermine; this was to duplicate a 51% assault on the network for "educational purposes." 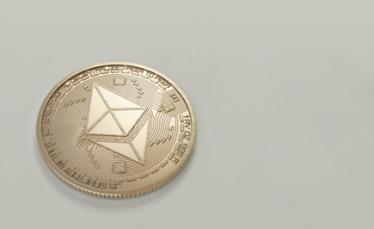 Ethermine accounted for just 20.7% of the network hashrate 36 hours into the 51% attack. As stated by Colin Wu, who studies blockchain technology, Ethermine's overall hashrate rose by a total of 4% to about 20.5% on April 7 compared to before April 1. Though some regard the 51% attack as an April fool's joke, the mining community remains divided on EIP-1559.

Miners can also buy and sell Ethereum. It is in their best interests to protect the blockchain and keep the value of their coins stable. The London update will provide a buyback system in which miners' fees are purchased by Ethereum and then burned, initiating greater demand and decreasing total supply. Along with the Proof-of-Stake protocol, which will be implemented into Ethereum 2.0, ETH will become a deflationary asset to address the network's current scalability problems.

If you're looking to Buy and Sell cryptocurrency, but you're not sure where to buy Bitcoin (BTC) and other popular cryptos, you can start safely investing with BC Bitcoin. You can easily register an account with us to begin trading today.