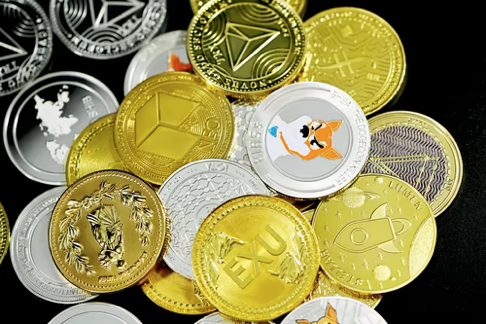 2021 has sparked light and popularity for the crypto-meme world. Initially, we saw a rising trend with the original Shiba Inu dog token, Dogecoin (DOGE), as celebrities were announcing their love for the coin earlier this year. Names like Snoop Dogg and Elon Musk would rush to Twitter to spread the word on the beloved coin. In recent months, the price to buy crypto meme-coin DOGE has become relatively tame compared to earlier months. But now, a new meme token is on the rise with the goal to become the "Dogecoin Killer."

As its name describes, Shiba Inu (SHIB) is another meme cryptocurrency inspired by the famous Japanese dog breed. SHIB is one of the many other Dogecoin clones that have made its debut out of the meme's popularity. Different variants include DogeCash, Husky Token, and Nano Dogecoin. Over the last couple of weeks, SHIB has continuously reached new highs as more investors buy Shiba Inu coin.

Reportedly, SHIB traded at $0.0000069 on October 1; by the end of the month, the price had surged to $0.0000699, an outstanding 914% increase. But what is the reason for the sudden spike in price? One obvious factor is that the token has become more accessible to the public. Many popular crypto exchange platforms have listed SHIB for a whole new range of investors to buy. Some of these exchanges include AOFEX, StealthEx, and Coin Flex.

Another factor to consider is the regular advertisements for the Shiba Inu coin. Posters and paid advertisements have been seen on buses and even underground train systems. Change Now has also released a new campaign telling viewers that they should "flip DOGE for SHIB."

Aside from advertisements, the meme-coined partnered with a payment gateway that allows customers to pay with cryptocurrency. NOWPayments collaborated with SHIB and LEASH so the assets can be used as payment on its gateways. A notable feature in the collaboration is that companies that use NOWPayments can pay their staff's wages entirely with SHIB using the mass payment feature.

One particular reason that could have boosted SHIBs growth is the latest launch of Shiboshi NFTs. SHIB released its own line of crypto art with its collection called Shiboshi. The Shiboshi collection launch included 10,000 unique NFTs with a limited time to purchase. The NFTs were only available for 24 hours and could be purchased using SHIB's protocol token LEASH.

If you are looking to Buy and Sell Shiba Inu coin, head over to BC Bitcoin where you can start investing today. Check out the live Shiba Inu price on our Buy Coins page and contact us for any questions.