ARK is a blockchain and cryptocurrency-based development platform that enables anyone to build a completely unique and interoperable blockchain. Utilizing bespoke transactions, logic, and several programming languages to reduce the requirement for Smart Contracts in the industry. Midway through 2016, ARK was established, and an ICO was held later that year, raising $800K. Since its inception, the squad has been well-funded thanks to wise financial preparation. The ARK Public Network, which hosts the native ARK cryptocurrency asset, went operational on March 21, 2017. The ARK ECOSYSTEM SCIC corporate entity was established shortly after. The company is sometimes referred to as "ARK.io," which is a part of the team's branding and website.

The TypeScript programming language is used to create the open-source blockchain technology stack that makes up the ARK Ecosystem. A business entity that creates products using ARK technology and aids in maintaining the code base, an enterprise division driving adoption, as well as a community of users, developers, and service providers, make up the public network of ARK. Node operators work as delegates on the network, standalone blockchains running on ARK technology, with independent node operators.

What Is ARK Trying To Solve

The goal of ARK is to overcome the challenges associated with using blockchain technology and creating solutions that address a variety of use cases. The ARK Core Framework is made to make it simpler for developers to use blockchain technology. The ARK Core, which serves as the foundation of an ARK-based network and manages peer-to-peer operations, ledger database maintenance, API access, customized business logic, and other functions, is a part of this architecture. The Generic Transaction Interface (GTI), a component of the ARK Core Framework, enables developers to construct unique transaction types that operate on a unique blockchain and satisfy the developer's desired use case. Building a decentralized application in Solidity is comparable to the idea. However, because the GTI uses TypeScript to operate, there is no complicated new language to master. The decentralized ARK-based application is the last and any related crypto assets would run on a sovereign interoperable blockchain to address scaling concerns.

How Do You Mine Or Stake ARK

Since the network is administered by elected delegates, ARK cannot be mined. The delegated proof-of-stake blockchain used by ARK has 51 forging delegate seats and an eight second block period. In exchange for its labor, the validating/forging delegate receives 2 ARK for each block it forges. Holders of ARK tokens choose the delegates. Due to the fact that users are only able to vote for one delegate per wallet address, the voting power of token holders is fixed at 1 ARK = 1 Vote. This resolves issues with centralization and power structures that have previously hampered DPoS. By obtaining vote weight from token holders, potential forging delegates can operate instances of the ARK Core and run campaigns for forging status.

Users that want to get their delegate into one of the top 51 seats use the ARK Desktop or ARK Mobile wallets to carry out a special vote transaction that gives the delegate a vote weight. The ARK used for voting is not locked; it is always free to leave and enter the voting wallet address. The delegates themselves manage the staking rewards structure, and each delegate has their own distinct set of incentives. The public network of ARK is not managed by the ARK team. 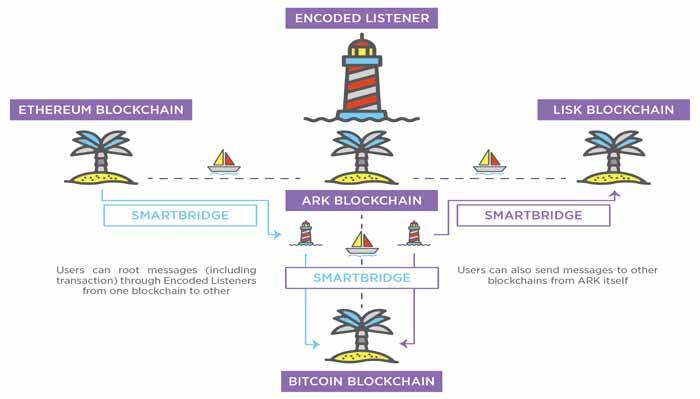 The development of this project involved a huge team – 27 professionals in the field of blockchain technologies, most of which were previously involved in the creation of large-scale projects.

Among the experts who created Ark – Francois Xavier, who has long held the position of chief programmer e-currency Lisk, and now manages the Department of development Ark. Also joined the team of professionals who previously engaged in the development of infrastructure network Bitshares. 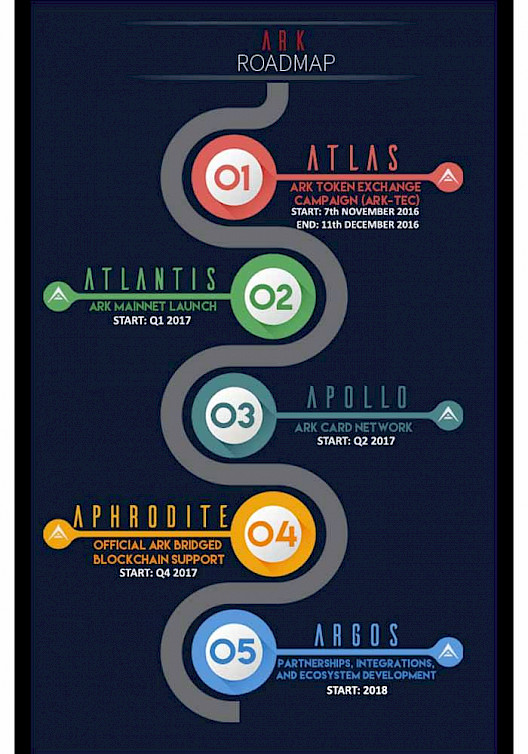 Where to Store Ark (ARK)

ARKVault is a custom-built web based application that is integrated with Ledger support, therefore it brings a lot more security to the assets stored.

Atomic Wallet is a popular custodial wallet option that can hold a wide variety of cryptocurrencies such as ARK making it highly desirable for users who wish to have a varied portfolio.

Another option would be Exodus - a multichain Web3 wallet, which is great for beginners due to its simplistic nature and great customer support.

Leading hardware wallet providers such as Ledger are integrated with ARK (ARK), wallets are supported on their devices. If you are looking to hold a large amount of ARK (ARK), ledgers offline storage solutions can offer a high level of security.

Where to buy and sell Ark (ARK)

You can Buy & Sell Ark (ARK) by heading over to the Buy Coins page of our website. Ark (ARK) is available on BC Bitcoin trading against major fiat currencies: GBP and EUR. Buying $ARK has never been easier, simply place your order and provide your wallet address. Once your payment arrives Ark (ARK) will be sent directly to your wallet.

If you choose to Sell Ark (ARK) you can send us the coins and receive a payment to your bank account. Details and valuation can be found on our Sell Coins page.