What Is Arweave (AR)?

Arweave is a decentralized storage network called Arweave that aims to provide a platform for the long-term archival of data. The network primarily hosts "the permaweb," a permanent, decentralized web with a number of community-driven applications and platforms. It describes itself as "a collaboratively owned hard drive that never forgets."

The Arweave network pays "miners" to keep the network's data permanently stored using its own cryptocurrency, called AR.Arweave wants to "guarantee the common ability to preserve and share information across individuals and through time to new generations," according to its yellow paper.

Its flagship permaweb is constructed on top of Arweave's "blockweave," a variant of blockchain technology in which each block is linked to both the one immediately before it and also a random older one, in order to achieve this purpose. According to Arweave, this encourages miners to keep more data because they must be able to access arbitrary prior blocks in order to contribute new ones and get rewards. 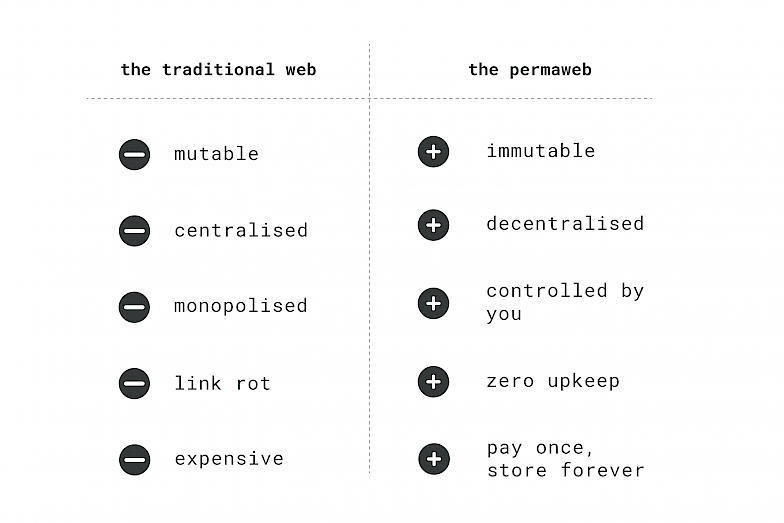 Arweave is committed to creating a network ecology that is sustainable. In addition to hosting incubators to encourage the development of permaweb-based apps, it introduced "profit sharing tokens" in June 2020 that enable developers to collect dividends when network transaction fees are generated from their application. Through its "Boost" initiative, the project also works with startups, giving them access to the Arweave team and business investors as well as free storage.

The "blockweave" consensus algorithm, which is a modified version of the "proof-of-work" consensus method, is the foundation upon which the Arweave network is formed. With PoA, each new block is linked to both a random previous block and the block that came before it, and both blocks are hashed to produce the new block. While miners are not required to keep a whole blockchain, they are encouraged to do so in order to demonstrate their ability to access the older blocks needed to generate a new one. 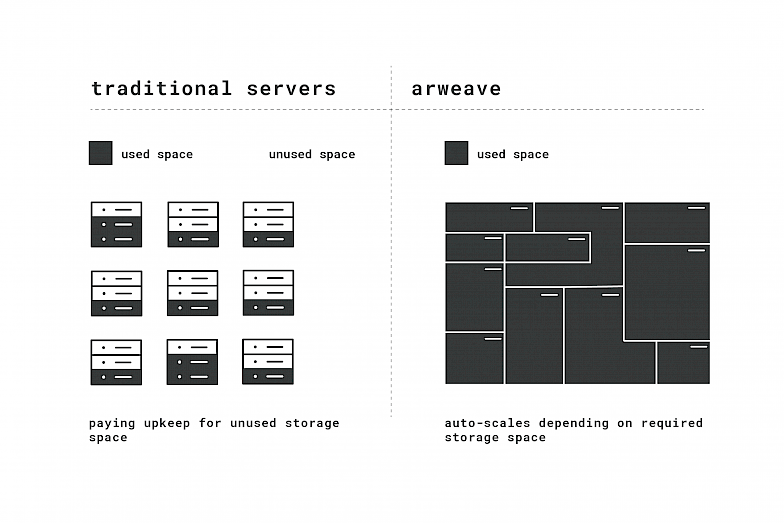 Four cybersecurity companies, Trail of Bits, Kudelski Security, X41 D-Sec, and QuarksLab, successfully certified RandomX, the mining protocol used by Arweave, in August 2019. Beginning in early 2021, the project intends to use a new mining algorithm called SPoRA, which it claimed in December 2020 had undergone an examination by NCC Group.

The maximum token supply for Arweave is 66 million AR, according to its yellow paper. When the genesis block of the blockweave was generated in June 2018, 55 million AR were created, and an additional 11 million would be added progressively as block awards. 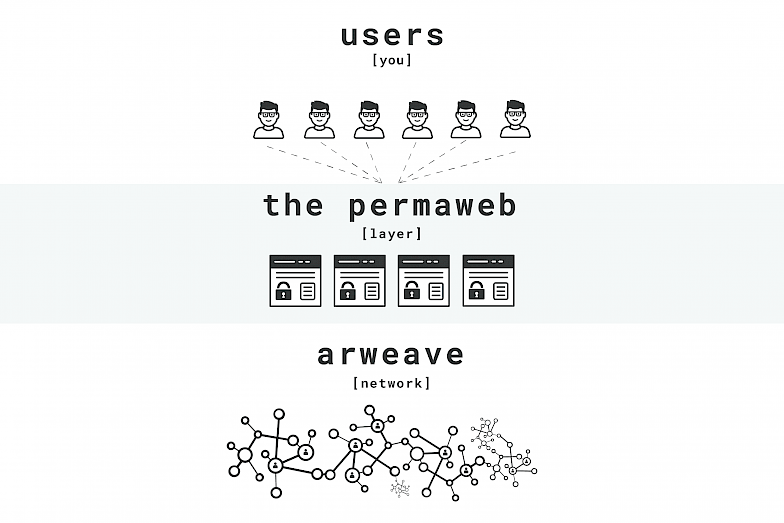 Sam Williams and William Jones, two University of Kent Ph.D. candidates, established Arweave. While Jones' concentration was on graph theory and neural networking, Williams brought experience with decentralized and distributed systems to the project. As part of his studies, Williams created an operating system dubbed HydrOS. Williams quit graduate school to concentrate on the business, but Jones departed the project early in mid-2018 to finish his Ph.D.

Williams claims that he had the idea while climbing a Scottish mountain. He then shared it with Jones and together they worked out the technical aspects. After founding Arweave, Williams went on to act as a mentor for the Techstars accelerator program and was appointed as an advisor to Minespider, a business that offers blockchain-based supply chain tracking for the raw materials market. Arweave was established with centralized leadership, but in January 2020 it established a decentralized autonomous organization made up of key community members to advance the growth and development of the network and its ecosystem.

Where to store Arweave (AR)

Where to Buy and Sell Arweave (AR)

You can Buy & Sell Arweave (AR) by heading over to the Buy Coins page of our website. Arweave (AR) is available on BC Bitcoin trading against major fiat currencies: GBP and EUR. Buying $AR has never been easier, simply place your order and provide your wallet address. Once your payment arrives Arweave (AR) will be sent directly to your wallet.

If you choose to Sell Arweave (AR) you can send us the coins and receive a payment to your bank account. Details and valuation can be found on our Sell Coins page.