Bitcoin is a decentralised Digital Currency that can be sent to any location in the world connected to the network. It is built upon a blockchain which is a record of all previous and confirmed transactions on the network that utilises open-source Peer-to-Peer (P2P) technology to operate with no central authority. The network cryptographically controls the creation and transfer of funds. There are no physical assets to Bitcoin, just balances on a public distributed ledger which anyone can access. Bitcoin was never issued by a bank nor has any banks involvement. The inception came to create a transparent ecosystem built upon trust that is not subject to one country and its regulations, but to create an international network to transact freely.

At the end of October 2008, an individual named Satoshi Nakamoto released the Bitcoin Whitepaper depicting a new method of P2P Electronic Cash System. The concept was designed and created after the banking crisis of 2008 with its consequential recession as a storage and transfer of value without going through any financial institutions. The identity of this individual is still unknown and The Bitcoin Core Project, a group of open-source developers, have contributed to the codebase since. Many individuals contribute research, documentation, translation, peer review and testing to further develop the open-source network.

The network has ‘maintainers’ which are responsible for merging patches by contributors that have been agreed by the team. These ‘maintainers’ will also perform final checks before patches go live to ensure they are safe and secure. Anyone is free to propose code changes and to test, review and comment on open Pull Requests. A Pull Request notifies others of changes pushed to a GitHub repository. You can find a list of all the code contributors that have contributed to the project over on GitHub. 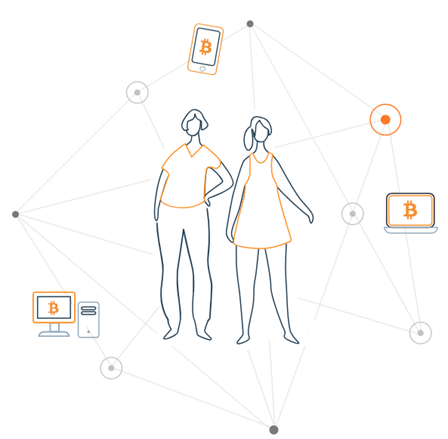 The network relies on entities and independent individuals who donate processing power to participate in ‘Mining’, a distributed consensus system which rewards the winning participator with Bitcoin. Mining is the term given for verifying pending transactions and adding them to the blockchain ledger. This is completed by processing and solving a cryptographic hash function (SHA-256) to validate and authorise the credibility of transactions. Mining enforces the chronological order of the blockchain, protects the neutrality of the network and allows different computers to agree on the state of the network - they agree on the Proof of Work (PoW). As mining is a validation across the whole network, it prevents any individual or group manipulating what is included in the blockchain. 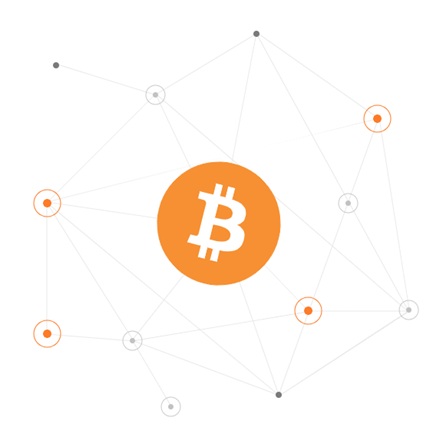 The current supply of Bitcoin is 18,725,581 BTC (as of 3rd June 2021), and this is expected to reach 21,000,000 BTC sometime in 2140. Each time a new block is mined, a current reward of 6.25 BTC is won by the entity or individual who mined the block (solved the equation). As the network expands, more miners compete to solve the equation. The difficulty in turn is adjusted frequently so that each block takes an average of 10 minutes to be processed and mined. This means at the current rate; 37.5 Bitcoin enter the current circulating supply every hour. The 10-minute interval for blocks was chosen for a steady and diminishing flow of new coins. The diminishing flow is caused through halving of the Bitcoin reward every 4 years for mining a new block. So, in 2016 the reward for mining a block was 12.5 BTC but is now 6.25 BTC, and in 2024 the reward will be 3.125 BTC. You can check when the next Block Halving will be on the Bitcoin Clock.

The Bitcoin Core developers have a roadmap of upcoming events on their site which many are to drive awareness and adoption. Back in 2015, the development team encountered issues with how to securely scale the network. They continue to propose new concepts and provide workshops to collect technical criteria and evaluate technical materials and data to address the issue of scalability and how to further innovate the network. The developers release all the updated versions through their site at bitcoincore.org

SegWit stands for Segregated Witness and is an improvement to the previous Bitcoin blockchain. This improvement reduces the size required to store transactions in a block by removing certain signatures and counting serialised witness data as one unit and core block data as four. This increased space to store more transactions, created lower transaction costs and faster speeds as more can be included in the block. The upgrade also prevents transaction malleability preventing nefarious individuals changing a Bitcoin transactions unique ID before it is confirmed. As this improvement is a soft fork, SegWit is backward compatible.

Where to store Bitcoin (BTC)

There are many different wallet providers that can store Bitcoin. You can find various wallets on the Bitcoin Core site: https://bitcoin.org/en/choose-your-wallet

The developers believe in an open-source community and welcome additions to the network for security and innovation. There’s a wallet for Windows, Mac, Linux, Browser, Android, IOS and Hardware wallets depending on the style and security you are looking for.

It is always recommended that you ensure using a secure wallet, create back-ups and store any sensitive recovery information safely for only yourself to see.

Popular wallets for Bitcoin (BTC) include Exodus (Software Wallet) and Ledger (Hardware Wallet) where you may find on more information on our Wallet Guides page.

The usages of Bitcoin have grown a long way since its inception back in 2008 as more have become aware of the technology. The coin was first introduced as a means of secure P2P payment able to transact value instantly across the world away from traditional financial institutions. Businesses could accept Bitcoin as a form of payment for products or services. You will find there are businesses that provide Bitcoin merchant tools to exchange into a fiat currency, helping incorporate it within businesses for commercial and personal purchases without any exposure to the price volatility.

Due to the cryptographic nature of Bitcoin and its security features, it can be used as a store of value. Unlike with a custodian, those who hold Bitcoin are not subject to any storage costs making it a very cheap store of value.

Bitcoin has been around for the longest of all Cryptocurrencies since 2009 when the network went live. The original crypto is still firmly #1 in terms of market capitalisation. Though the coin holds onto the pole position, its dominance has wavered over the past two years. Bitcoin rarely dipped below an 80% dominance of the market before March 2017 but has since been challenged by the rise of Altcoins, dropping to as little as 32.81%. Bitcoin has since risen to 43.06% at the time of writing but new coins with improved consensus mechanisms and algorithms are entering the space. Bitcoin is more than a decade old and although the network allows for updates and changes in code, the project needs to remain able to keep up with the rate of innovation.

Where to Buy and Sell Bitcoin (BTC)

You can Buy & Sell Bitcoin (BTC) here at BC Bitcoin.

You can Buy Bitcoin by heading over to the Buy Coins page of our website. BTC is available on BC Bitcoin trading against major fiat currencies: GBP and EUR. Buying BTC has never been easier, simply place your order and provide your wallet address. Once your payment arrives, BTC will be sent directly to your wallet.

If you choose to Sell Bitcoin (BTC), you can send us the coins and receive a payment to your bank account. Details and a live valuation can be found on the Sell Coins page.