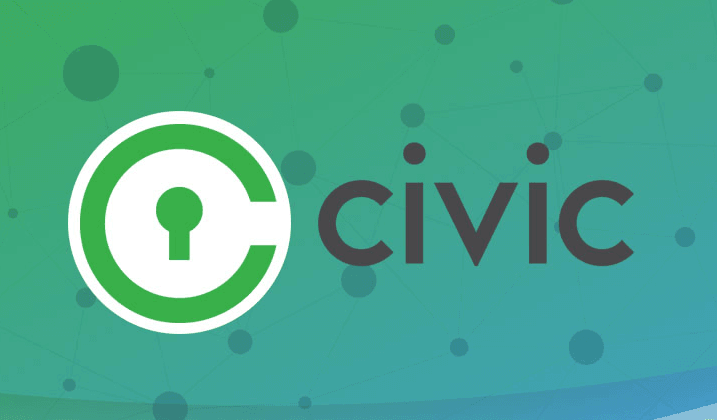 What is Civic (CVC)?

The Civic ecosystem uses blockchain to streamline identity verification (IDV) services by confirming user identities and spotting fraud in an easy and less complicated way. Civic has successfully improved the quality of services for current products, such as the Civic Secure Identity Platform (SIP), using blockchain-based solutions. With Civic's new blockchain-based method, the role of third-party auditors can be reduced from the previous requirement that the verification of user background engage third-party services as a necessary step. In fact, the blockchain-based solution ensures that there are no human errors because it does away with the need for many audit agencies to repeatedly communicate sensitive data. Civic wants to make it difficult for fraudulent actions to spread or wants to lessen ecosystem breaches.

The Civic platform has added a number of smart contracts, a utility token called CVC, and several secure software apps to its platform in an effort to improve the client experience. Additionally, the Civic ecosystem permits "Users" and "Validators," two distinct parties, to participate in streamlined identity verification procedures. Institutions called Validators are tasked with confirming the identities of Users, which might be either specific people or connected companies. The confirmed User data on the Civic ecosystem is approved by the Validators. The verification of actual User IDs within the blockchain is made simpler by this procedure. Instead of repeating the validation audit procedure, other external bodies can just go ahead and use the approved data. The Civic ecosystem's Smart Contracts are used to properly validate the User IDs, eliminating the need for repetitive human involvement.

On the Civic ecosystem, the CVC token is used to support transactions involving the platform's services. It is an ERC20 standard token that enables payments for smart contract commands and supports the Civic platform's blockchain by supporting blockchain maintenance. Additionally, CVC tokens are developing a variety of fresh use cases to boost platform productivity.

Vinny Lingham, co-founder and CEO, is a seasoned businessman with over 10 years of expertise in e-commerce. He is a shark on Shark Tank South Africa and a member of the Bitcoin Foundation.

The CTO and co-founder of the project, Jonathan Smith, has more than 15 years of expertise in management, technical analytics, and development for organizations like Deloitte and RBS.

Civic's online and mobile applications are already functional products. And as long as there is a validator to confirm it, you could submit information to the network for attestation if you wanted to do so today. The team changed the name of the Civic Marketplace to Identity in the third quarter of 2018, introduced support for fiat rates, and integrated smart contracts.

It appears that the team's attention has switched away from the Identity market and toward the main Civic service. The release of a Validator Toolkit and the open sourcing of Identity were on the roadmap for the latter quarter of 2018. But it looks like neither of those things has been done yet.

The group intends to develop Requester and Credential Wallet Toolkits in 2019. Additionally, they intend to completely debut Identity sometime in the second quarter.

Where to Store Civic (CVC)

A trusted wallet provider for your Civic (CVC) token could be Trust Wallet – a multi-currency mobile wallet that enables users to simultaneously store a variety of digital assets in one place.

Similarly, a user-friendly option to keep your $CVC secure can include MetaMask, a leading browser wallet extension popular amongst DeFi platforms and highly praised by developers. Users can integrate with the network’s Liquidity Mining pools by connecting your MetaMask wallet.

Where to Buy and Sell Civic (CVC)

You can Buy & Sell Civic (CVC) here at BC Bitcoin.

You can Buy Civic (CVC) by heading over to the Buy Coins page of our website. Civic (CVC) is available on BC Bitcoin trading against major fiat currencies: GBP and EUR. Buying Civic has never been easier, simply place your order and provide your wallet address. Once your payment arrives, Civic (CVC) will be sent directly to your wallet.

If you choose to Sell Civic (CVC), you can send us the coins and receive a payment to your bank account. Details and a live valuation can be found on the Sell Coins page.