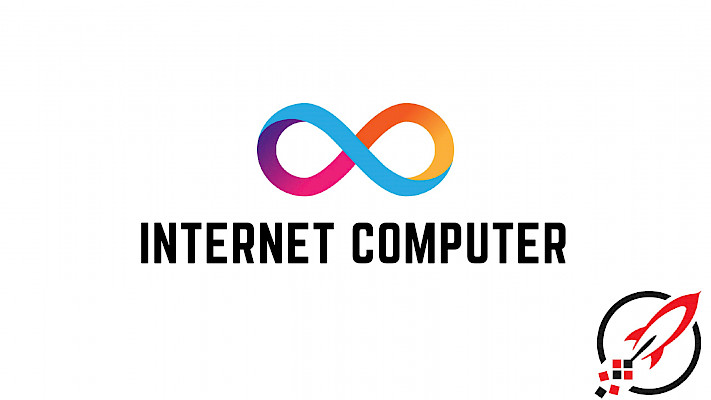 What is the Internet Computer (ICP)?

The DFINITY Foundation's Internet Computer (ICP) is a decentralized blockchain network that was formally introduced in May 2021 with the aim of expanding the functionality of the Internet and fostering the creation of smart contracts on a bigger scale. The project's features include a knowledgeable group of crypto aficionados and the ability to use smart contracts, which enables programmers to design decentralized applications (dApps). Additionally, ICP offers nearly infinite scalability and a high level of security that is kept up by a series of checks.

The overarching goal of Internet Computer is to transform the open Internet into a cutting-edge computing platform. Due to the blockchain's open accessibility & outstanding capabilities, the developers describe Internet Computer as a revolutionary network. The idea also offers smart contracts a borderless environment that operates at web speed with lower computing costs. Developers can create DApps and install their code online with the aid of Internet Computer. Additionally, ICP allows for quick and inexpensive completion of transactions in under a second. The initiative, according to its developers, enables consumers to reject centralized services and for-profit cloud services.

ICP's use of decentralized technologies on the Internet is a fundamentally distinctive feature. With the help of people who host and participate in the network, the project aims to give back control to programmers and regular Internet users. By introducing Chain Key Technology, a collection of cryptographic protocols made up of the following elements: Threshold Relay (a consensus model), Non-Interactive Distributed Key Generation (NI-DKG), Network Nervous System (NNS) (an on-chain governance system), and decentralized identity, also known as Internet Identity, the goal of Internet Computer is to expand the current public Internet.

The fact that this technology uses a single public key to facilitate transactions is one of its fundamental benefits. Furthermore, a scalable technique for confirming transactions is offered to the blockchain. Another plus is that the Internet Computer team intends to make all source code available to the public in 2022, which will undoubtedly give ICP popularity growth another boost. 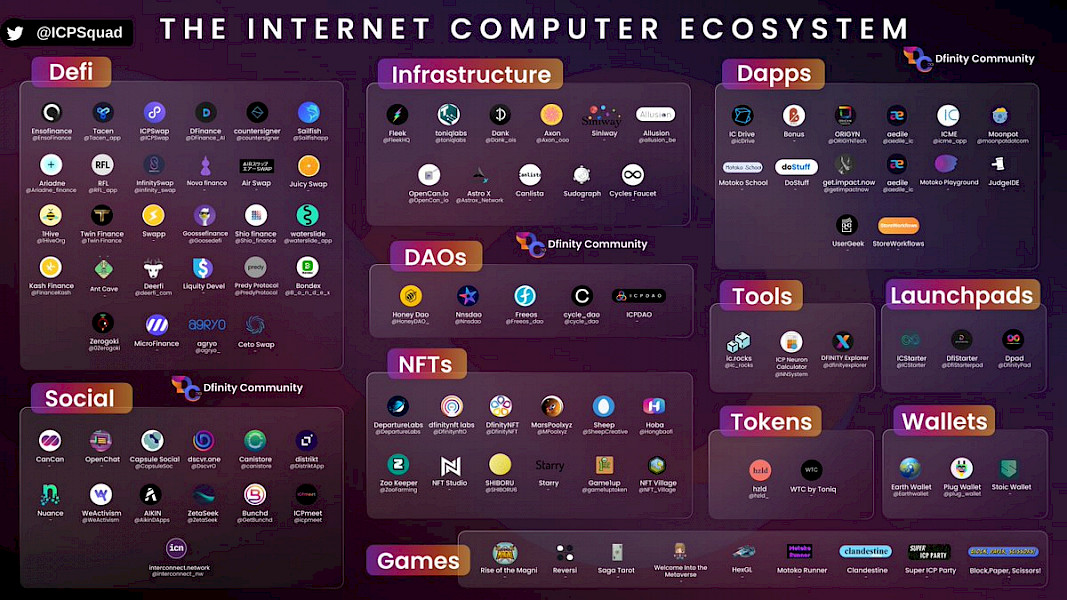 DFINITY's founder and chief scientist is Dominic Williams. He is a serial entrepreneur, crypto theorist, and founding member of the technical communities for Bitcoin and Ethereum. He is the creator of the Threshold Relay, Probabilistic Slot Consensus, and other cutting-edge crypto approaches. Prior to that, he served as the President and CTO of String Labs, a startup incubator for cryptocurrency projects, as an early DeFi pioneer at Mirror Labs, and as the founder and CEO of Fight My Monster, a kid-friendly MMO game that amassed millions of users. In addition, he launched a number of businesses, including System7, Airdocs, and Smartdrivez. graduated with honors in computer science from King's College London. 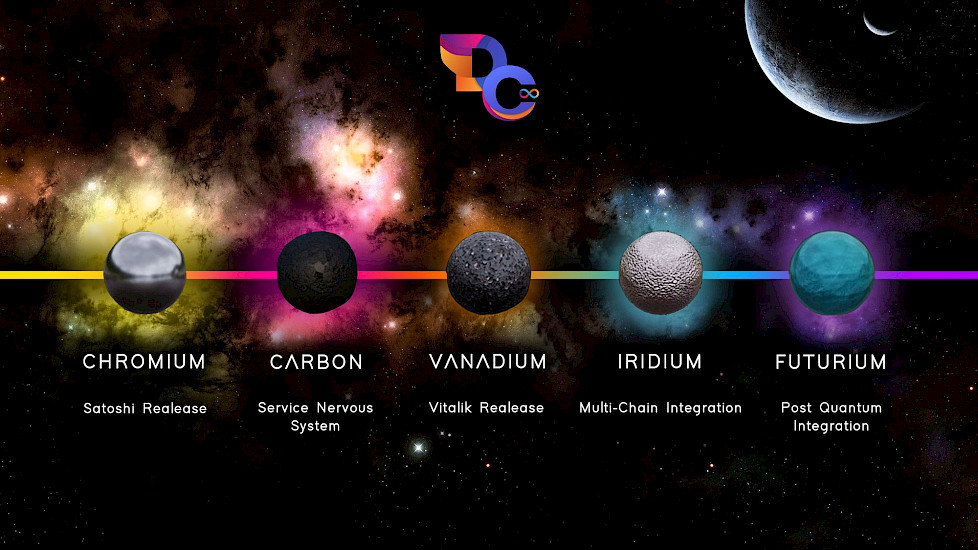 Chromium: Direct Bitcoin Integration
Since last year’s vote, Bitcoin integration has been discussed in hushed tones. Now, we’re ready to shout it from the rooftops. Chromium phase is completed at the end of Q1 2022, direct integration with Bitcoin allows the first advanced smart contracts to be written using the largest pool of blockchain assets. This isn’t a bridge – it is true integration. That makes it fast, secure, and affordable. Also, as a part of Chromium, we are looking forward to custom subdomains and the enabling of HTTPS requests from canisters.

Carbon: Revamping the Nervous System
After BTC integration, the Internet Computer will initially concentrate on internal upkeep. The DeFi improvements that have already begun will be finished as a result. This upgrade, which is scheduled for Q2 2022, will be eagerly awaited by any projects waiting for complete tokenization and DAO capabilities. Upgrades to the Nervous System itself will be done in the interim to enhance proposals, node operation security, and neuron custody. This upgrade will also improve scalability, enhancing the Internet Computer's already amazing capabilities to satisfy both the immediate and long-term needs of the ecosystem.

Vanadium: Direct Ethereum Integration
The stage is now set for adding the other major blockchain in use and making ICP the epicenter of the cryptocurrency and metaverse worlds with Bitcoin integration in the rearview mirror. The largest blockchain for smart contracts will be integrated directly into the ecosystem using ETH assets on the Internet Computer blockchain, and this will leverage the reverse-gas mechanism to permanently alter how we interact with Ethereum. The integration of Ethereum is anticipated to take place in Q3 2022.

Iridium: Multi-Chain Integration
If you believed DFINTIY would come to an end after the merging of Bitcoin and Ethereum, think again. The Internet Computer will continue to work toward becoming the blockchain singularity and unifying the Web3 by the fourth quarter of 2022. While the roadmap is ambitious, it suggests that 2022 may very well be the year of the Internet Computer. What occurs then, having finished these five elemental upgrades?

Futurium: Looking to the Future of the Internet Computer
The Futurium phase could start in 2023 and beyond if all goes as planned. Once the blockchain singularity is set in motion, innovation won't stop. Some of the world's brightest minds are collaborating at the DFINITY Foundation to ensure that crypto innovation propels us quickly into the future. You can read the Internet Computer Roadmap on their website for further technical information.

Where to store Internet Computer (ICP)

The NNS dApp developed by Dfinity allows you to store and transact ICP on-chain and only requires a browser and an Internet Identity to access it. It is also where ICP can be staked to govern the system and earn voting rewards.

The Plug Wallet is an Internet Computer browser extension wallet and authentication provider that will allow you to access ICP, Cycles, other tokens and seamlessly log into IC apps with the same Principal ID.0

Stoic Wallet is an open-source wallet for the Internet Computer. It allows anyone to create a digital wallet, authenticating users through a variety of methods, one of those being Internet Identity. Besides, you can create accounts, keep an address book, manage neurons, buy and sell NFTs from the Marketplace, view and create your own tokens, and more. Furthermore, hardware wallet support is coming soon!

One of the biggest reasons the Stoic Wallet has been built is to support tokens on the IC, including wrapped cycles and NFT’s.

Where to Buy and Sell Internet Computer (ICP)

If you choose to Sell Internet Computer (ICP) you can send us the coins and receive a payment to your bank account. Details and valuation can be found on our Sell Coins page.