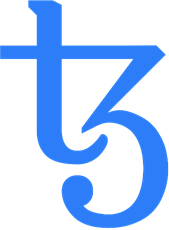 What is Tezos (XTZ)?

Tezos was launched as a blockchain network that is based on smart contracts, with a few similarities to the Ethereum network. Despite the similarities, Tezos does heavily differ from Ethereum as Tezos wants to offer a more advanced infrastructure. This means that Tezos can improve over time while negating the danger of a potential hard fork. Since Bitcoin and Ethereum were launched, both coins have suffered this fate. If users hold XTZ, then they will be eligible to vote on proposals for protocol updates that have been drafted by Tezos developers.

The open-source platform describes itself as “secure, upgradable and built to last” — and while also demonstrating that their smart contract language provides the accuracy that is necessary for high-value use cases. Tezos describes its approach as futureproof and will “remain state-of-the-art long into the future,” which means it can incorporate developments in blockchain technology in the future.

Although staking is a common mining feature of various blockchains, Tezos has a different variation of the process. Participants are able to get involved with the network’s governance through a process called “baking”. This is where they effectively stake 8,000 XTZ. This creates a financial incentive to act honestly and with integrity.

Bakers are tasked with the voting of the proposed changes to the blockchain’s code in a four-step procedure that takes roughly 23 days. The proposals that receive support from most of the participants are put through a stress test for 48 hours and are then fully employed if they are supported by a super-majority.

The Tezos white paper was written by Arthur Breitman. He made the point that one of Bitcoin’s main failings was the absence of a governance procedure that encouraged contributions from the community that used the network.

Arthur and his wife Kathleen launched a project called Dynamic Ledger Solutions which was set up with the task of writing the code that would strengthen the Tezos protocol. This company was consequently bought by the Tezos Foundation so they could make sure that they owned all of the intellectual property rights relating to Tezos.

The Tezos Foundation is a Swiss foundation which is overseen by the Swiss Federal Foundation Supervisory Authority. The aim of the foundation is to promote the Tezos protocol through grants and other capital endowments.

August 2019
Some fundamental gains the project has made have been done in august 2019. The initial non-test Tezos network was launched with a live feature-complete with the launch of the betanet on 30 June 2018. The network has seen a stable performance and the betanet rolled into a mainnet on 17 September 2018.

March 2020
The Tezos governance process persisted to establish its strengths with the Babylon and Carthage developments. As well as becoming the original public blockchain that upgraded itself automatically without requiring a hard fork, Tezos has also demonstrated that it is feasible to create a regular pace of improvements that is not seen in other blockchain ecosystems.

September 2020
The Tezos Foundation continues to perform its mission, which is to foster a diverse and strong global community. As of February, the project has issued 56 new grants, joined 4 strategic partnerships, and has finalized a 3rd independent external audit of their finances.

Where to Store Tezos (XTZ)

Trust wallet is a wallet that can hold a wide variety of cryptocurrencies such as Tezos making it highly desirable for users who wish to have a varied portfolio. Being owned Binance, it also a very trusted wallet in the crypto community.

Leading hardware wallet providers such as Ledger are integrated with Tezos and XTZ wallets will come as standard on their devices.

Exodus can also store Tezos and various other cryptocurrencies. Exodus is free and easy to use and can be downloaded to either a desktop or mobile device. Exodus will then be tied to whichever device it has been downloaded to which will also be the device you will use to access and manage your crypto assets.

Where to Buy and Sell Tezos (XTZ)

You can Buy & Sell Tezos (XTZ) by heading over to the Buy Coins page of our website. Tezos (XTZ) is available on BC Bitcoin trading against major fiat currencies: GBP and EUR. Buying TEZOS has never been easier, simply place your order and provide your wallet address.

Once your payment arrives Tezos will be sent directly to your wallet. If you choose to Sell Tezos (XTZ) you can send us the coins and receive a payment to your bank account. Details and valuation can be found on the ‘Sell Coins’ page.