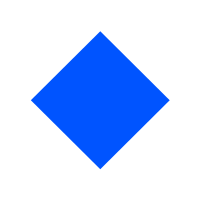 Waves was made as a multi-purpose blockchain platform that would support numerous use cases including decentralized applications (DApps) and smart contracts. It was launched back in June 2016 in the wake of the cryptocurrency industry’s earliest initial coin offerings (ICO). Waves was originally created with the aim of improving on the first blockchain platform. They would do this by increasing speed, utility and user-friendliness. The platform has experienced a variety of alterations and has added a new spin-off feature to help build on its original design.

The Native token is WAVES. It is an uncapped supply token that is primarily utilized for standard payments such as block rewards. As one of the original coin offerings, Waves began with the intention of improving on the early blockchain platforms and products.
From the beginning, it intended to attract potential business clients considering blockchain technology to enhance processes or create additional services.

Ukrainian-born scientist Alexander Ivanov is the founder of Waves, he also goes by the name of Sasha Ivanov. Preceding the creation Waves, Ivanov was already involved in the crypto space. He had already published the now-defunct instant exchange Coinomat and indexing site Cooleindex. He was also the creator of an experimental version of a stablecoin, CoinoUSD, tied to the U.S. dollar.

Ivanov actively promotes Waves, giving frequent interviews on the platform and trends in the wider blockchain industry. Waves’ now employs over 180 people at locations including Moscow and Switzerland.

The Waves team created an on-chain governance system to validate a new mining reward for each generated block. The new block reward moved Waves away from a deflationary monetary system, with the team believing that it would limit the demand for leasing and use of the WAVES token. By increasing inflation, a potential to help boost the demand for leasing WAVES is made while simultaneously attracting new participants to the network.

The Waves project decided to rename Waves DEX to Waves Exchange and transfer the development duties to a new development team. Contrasting its predecessor, Waves Exchange plans to create several centralized features to enhance the user experience and increase functionality and liquidity.

Where to Store Waves (WAVES)

Exodus can store Waves and various other cryptocurrencies. Exodus is free and easy to use and can be downloaded to either a desktop or mobile device. Exodus will then be tied to whichever device it has been downloaded to which will also be the device you will use to access and manage your crypto assets.

Trust wallet is a wallet that can hold a wide variety of cryptocurrencies such as Waves making it highly desirable for users who wish to have a varied portfolio. Being owned Binance, it also a very trusted wallet in the crypto community.

Leading hardware wallet providers such as Ledger are integrated with Waves and WAVES wallets will come as standard on their devices.

Where to Buy and Sell Waves (WAVES)

You can Buy & Sell Waves (WAVES) by heading over to the Buy Coins page of our website. Waves (WAVES) is available on BC Bitcoin trading against major fiat currencies: GBP and EUR. Buying Waves has never been easier, simply place your order and provide your wallet address.

Once your payment arrives Waves will be sent directly to your wallet. If you choose to Sell Waves (WAVES) you can send us the coins and receive a payment to your bank account. Details and valuation can be found on the ‘Sell Coins’ page.