A purpose-built blockchain called WAX (WAXP) was introduced in 2017 and is intended to make e-commerce transactions faster, easier, and safer for all parties. Delegated proof-of-stake (DPoS) is the consensus algorithm utilised by the WAX blockchain. With EOS, it is totally compatible. In order to maximize the blockchain's utility specifically for usage in e-commerce and to promote voting on ideas, WAX created custom features and incentive mechanisms. In order to do this, WAX developed a set of blockchain-based tools on top of which non-fungible tokens and decentralized application (DApp) markets can be established.

E-commerce activities are supported by services like WAX Cloud Wallet, SSO, and OAUTH, the latter of which is a native RNG service and a developer portal. Customers can conduct transactions with $0 fees and a 500-millisecond block time thanks to WAX's blockchain design. Additionally, it uses voting incentives to encourage participation in choosing block producers and improvement requests.

Holders of WAXP tokens can exchange their tokens for WAXE, an ERC20 utility token based on Ethereum, using WAX's WAXP-to-Ethereum (ETH) bridge.

Burning WAXP tokens is required for users that want to take part in WAX tokenomics in order to obtain WAXE over the Ethereum bridge. The WAXE tokens must then be staked on the Ethereum distribution contract after that.

Stakeholders of WAXE receive WAXG, an ERC-20 governance token based on Ethereum. The payout is proportionate to the amount of the WAX Economic Activity pool and is based on a predetermined schedule. As a result, the platform's economic value can be distributed and allocated by token holders. A smart contract called the WAX Economic Activity pool collects a portion of the WAX fees generated and can then be exchanged for ETH and distributed to WAXE stakeholders. It may also be awarded to WAXG token owners who choose to burn their existing tokens.

The DPoS consensus on the WAX network is resistant to being compromised by a sizable minority of producers. Holders of WAX tokens can choose their guilds by casting votes in a continual approval mechanism. Token holders can convince other token holders to vote for them, giving them the chance to build blocks. On the WAX blockchain, a block is created every 0.5 seconds; as a result, only one WAX guild is permitted to create a block at any given moment. The block for that time slot is skipped if it is not created at the designated time. Another 0.5 second or longer gap is introduced to the blockchain when one or more blocks are ultimately skipped.

Block skipping is discouraged by the fact that WAX guilds do not earn WAX incentives if they create 50% or fewer of the planned blocks. Anyone may immediately and securely exchange digital or real goods thanks to the comprehensive array of blockchain-based technologies developed by WAX.

WAX was co-founded by William Quigley and Jonathan Yantis.

After completing his education at the University of Southern California,William Quigley began working for Disney. He obtained an MBA at Harvard after leaving Disney in the early 1990s and went on to work as a venture capitalist. He eventually rose to the position of managing director of Idealab. He founded WAX and runs Magnetic as managing director as well.

Jonathan Yantis holds the positions of chief operating officer of both WAX and OPSkins. 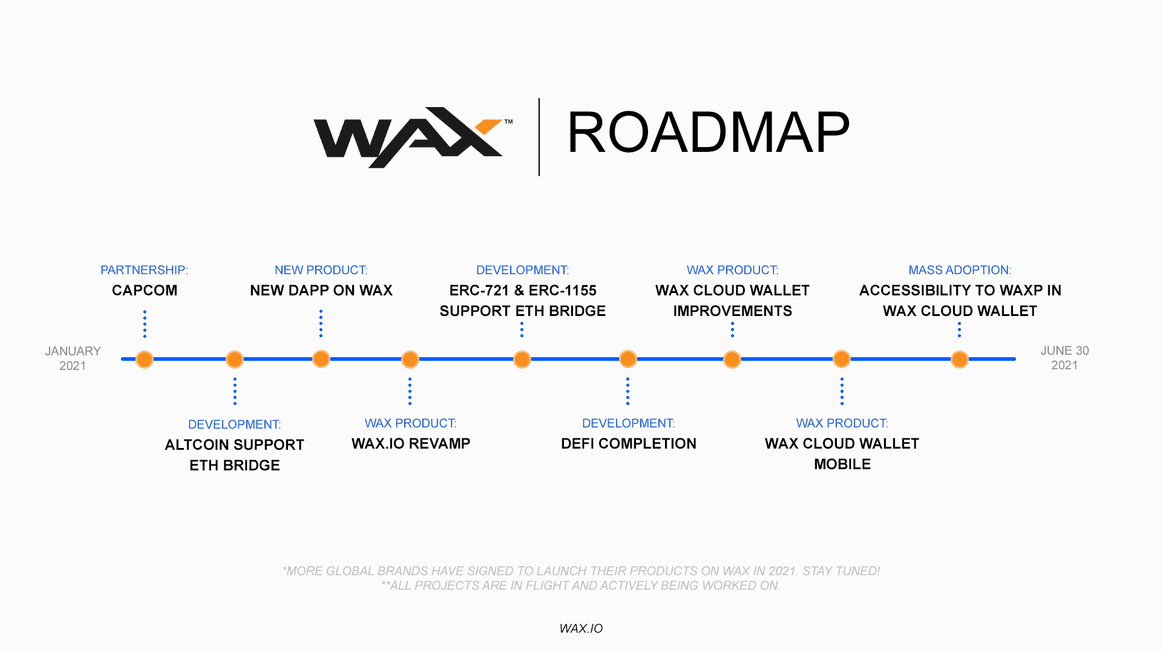 Where to Store Wax (WAXP)

A trusted wallet provider for your Wax (WAXP) token could be Trust Wallet – a multi-currency mobile wallet that enables users to simultaneously store a variety of digital assets in one place.

Similarly, a user-friendly option to keep your $WAXP secure can include MetaMask, a leading browser wallet extension popular amongst DeFi platforms and highly praised by developers. Users can integrate with the network’s Liquidity Mining pools by connecting to your MetaMask wallet.

On the other hand, if you are looking for a safe offline storage solution, we recommend the leading hardware wallet providers Ledger and Trezor.

All ERC-20 tokens including Wax (WAXP) can be stored on the Ethereum blockchain using MyEtherWallet, allowing users to interact with the network without additional software.

Where to Buy and Sell Wax (WAXP)

You can Buy & Sell Wax (WAXP) by heading over to the Buy Coins page of our website. Wax (WAXP) is available on BC Bitcoin trading against major fiat currencies: GBP and EUR. Buying $WAXP has never been easier, simply place your order and provide your wallet address. Once your payment arrives Wax (WAXP) will be sent directly to your wallet.

If you choose to Sell Wax (WAXP) you can send us the coins and receive a payment to your bank account. Details and valuation can be found on our Sell Coins page.