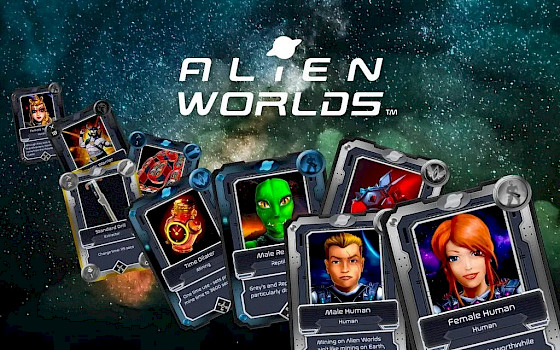 What Is Alien Worlds (TLM)?

Alien Worlds (TLM) is a decentralized, non-fungible token (NFT) metaverse, where its users challange eachother for scarce digital resources, Trilium (TLM), in a stimulated economy centered around planetary worlds. Because of this, Alien Worlds also has a decentralized finance (DeFi) element to the game, as players advance by staking TLM and using TLM to vote in Planet Decentralized Autonomous Organizations (DAOs).

Play-to-earn (P2E)  NFT games have seen an exponential rise in its populiarity and value this year. Alien Worlds allow the its users, called “explorers” to earn monetary rewards through gameplay or participation in Planet DAOs. By mining in Alien Worlds, a user is rewarded with the native, in-game currency — Trilium (TLM) or NFT packs. Users can stake TLM to boost their rewards or battle with other players for NFTs.

To this date, Alien Worlds developers have established a fair amount of detail on its roadmap, having TLM on Binance launchpad and farming period of TLM on Binance Launchpool. A big portion of game developments have been forged as well. Moving forward, Alien Worlds has a target to automate the claiming process of daily allocation to landowners in the game. Artifacts NFTs are soon to be released, and future plans include NFT interoperability.

Sarojina McKenna is a Co-Founder of the breakthrough NFT metaverse, Alien Worlds - which claim to be the largest blockchain game in history by a wide margin. She has bridged traditional business practices with decentralised communities and concepts since the early days of cryptocurrency. Prior, she spent more than four years in M&A at Rothschild in London and has represented equity on Boards of Directors. Saro holds an MA Hons from Oxford University where she was a Mrs. JH McKeown scholar.

Michael Yeates Co-founder. Michael is one of the best-known and most well-respected blockchain technologists on EOS. Michael has been working in blockchain since 2017 and has been a developer working in eCommerce for much longer. Founder and Managing Director of a successful eCommerce platform. Highly experienced developer and system implementer.

Dacoco: Alien Worlds creators Dacoco GmbH are based in Zug’s Crypto Valley and have a strong EOSIO pedigree. The team were instrumental in the EOS chain launch as key members of “Ghostbusters,” the tech group that successfully garnered sufficient token holder backing to launch the EOS blockchain. Dacoco founders were also crucial to the highly successful 2018 eosDAC airdrop and are active workers within eosDAC, the only DAC block producer on EOS, WAX and other chains. Dacoco GmbH is a member of the Blockchain Game Alliance. 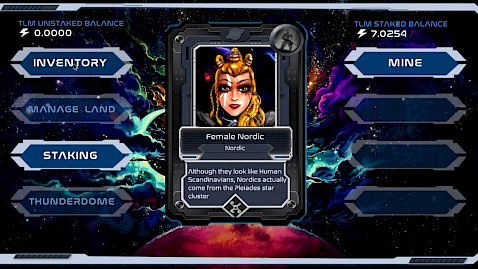 Nebula events and other quests

Landowners to be able to display items in their window

Where to store Alien worlds (TLM)

Alien Worlds (TLM) tokens are built on the Ethereum (ETH) network and can be stored in any wallet compatible with Ethereum-based ERC-20 tokens. Options to keep your Alien Worlds (TLM) secure and offline can therefore include the leading hardware wallet providers Ledger and Trezor.  All ERC-20 tokens including Alien worlds (TLM) can be stored on the Ethereum blockchain using MyEtherWallet, allowing users to interact with the network without additional software.

Where to buy and Sell Alien Worlds (TLM)

If you choose to Sell Alien Worlds (TLM) you can send us the coins and receive a payment to your bank account. Details and valuation can be found on our Sell Coins page.