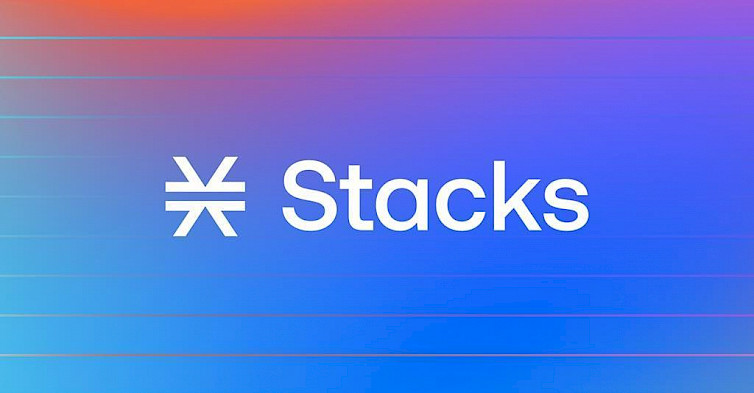 What is Stacks (STX)?

Stacks token (STX) is the cryptocurrency of the decentralized computing platform formely known as Blockstack. This project uses blockchain technology as a second layer protocol to extend the functionality of Bitcoin. STX is the native token of the Stacks network, and it intends to enable DeFi, NFTs, Apps, and smart contracts for Bitcoin. These DApps are open and transferable, which means that developers can build on top of each other's apps to produce features that are simply not possible in a regular application. STX can also be used to pay transaction fees and be locked on the network to earn BTC rewards.

Decentralized apps are hosted by the network, the app’s source code and state are open for all to see on the blockchain. Once deployed on Stacks and settled on Bitcoin, the code can’t be taken down.

Muneeb Ali – a computer scientist and online entrepreneur from Pakistan. He is a co-founder of Stacks. He is most known for developing the regulatory framework that led to the first SEC-qualified crypto asset offering and for his PhD dissertation, which served as the foundation for the Stacks network. Protothread and Proof-of-Transfer (PoX) consensus are co-authored by him.

Ryan Shea – investor who co-founded Blockstack, a decentralized app development platform that has raised $55 million in funding and a thriving community of thousands of developers. Prior to Blockstack, Ryan co-founded GraphMuse, served as President of the Princeton Entrepreneurship Club, and graduated from Princeton University with a degree in Mechanical and Aerospace Engineering and a minor in Computer Science.

Notable milestones within the roadmap:

The launch also meant Hiro PBC met Milestone 1 as part of the firm's Dec. 2017 token sale agreement. As part of the sale, Hiro agreed to delay receiving the 80% funds until two separate milestones were met, the first being the launch of the Stacks Blockchain before Jan. 30, 2019. Blockstack later claimed the funds on Dec. 13, 2019.

2022 Q2 - Hiro is working on an open-source solution called hyperchains, a new scalability layer designed for flexibility and experimentation that will enable hypergrowth on the decentralized Stacks network

2022 Q4 - Stacks 2.1 is a proposed network upgrade to the current Stacks 2.0 mainnet released in January. Stacks 2.1 Will include:

Where to Store Stacks (STX)

Hiro Wallet is the easiest way to safely connect to Stacks apps. Take your account, data and tokens from app to app seamlessly. With Hiro Wallet, you can securely lock your STX to participate in Stacking, either stacking by yourself or in a pool. To find a Stacks (STX) compatible wallet for your purpose please visit here.

An option to keep your Stacks (STX) secure and offline include the leading hardware wallet provider Ledger. Always do your homework and due diligence on any wallet service you are considering, and always back up your wallet.

Where to Buy and Sell Stacks (STX)

You can Buy & Sell Stacks (STX) here at BC Bitcoin. Our customers effortlessly Buy STX by heading over to the Buy Coins page of our website. STX is available on BC Bitcoin trading against major fiat currencies: GBP and EUR. By simply placing your order and providing your wallet address, coins will be sent straight to your wallet after the payment.

If you would like to sell Stacks (STX), you can transfer the coins to us and get paid to your bank account immediately. The Sell Coins page has further information and a live valuation.