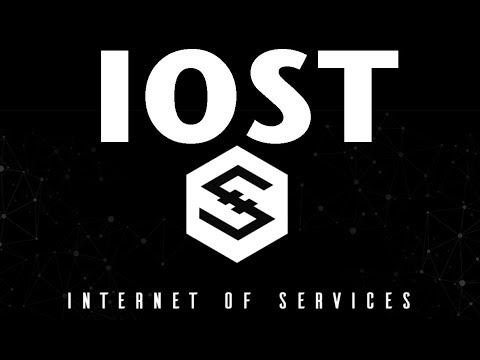 What Is IOST (IOST)

IOST advertises itself as a "next-generation" proof-of-believability consensus protocol-based "ultra-fast," fully functional, and decentralized blockchain network and ecosystem with its own nodes and unique wallets.

In the hopes that it would one day act as the foundation for online services, IOST's blockchain technology is open-source, secure, and scalable. The group has created a "proof-of-believability" consensus mechanism to guarantee the effectiveness and security of network transactions.

One of the greatest issues that IOST seeks to address is the possibility that large corporations won't be able to adopt blockchain technology in a customer-facing setting unless it is scalable. As a solution to this issue, the Internet of Services Token is proposed.The greatest technique to comprehend IOST is to compare it to its closest rivals: Ethereum is the most well-liked smart contract platform for developers. It can also be contrasted with EOS and TRON, two highly popular and scalable smart contract platforms.

IOST claims it can process up to 100,000 transactions per second, compared to Ethereum's 20, Tron's 2,000, and EOS's 4,000. This is the biggest distinction between IOST and its rivals. The IOST team has developed a novel blockchain architecture that introduces and combines a number of innovations, including a Distributed Randomness Protocol, Efficient Distributed Sharding, TransEpoch, Atomix, Proof-of-Believability, and Micro State Blocks, in order to achieve these transaction speeds.

Young and aspiring serial entrepreneur Jimmy Zhong created software firms in both the United States and China. Since 2009, when he co-founded Beijing's largest student union and student travel agency, his passion for startups has grown. He continued to research new company concepts and inventions after moving away from his birthplace to pursue higher education at Emory University. Jimmy sold his first business, StudyPool, a website where students could buy and sell class notes, for $40M even before he graduated from college.

Terrence previously worked as a software engineer at Uber. They graduated from Princeton University with a master's in computer science.

Justin previously worked as an investment banking associate at Goldman Sachs and a data scientist at Mobike. Graduated from Tufts University with a BSc in applied mathematics and computer science.

Kevin was previously on the founding team at Ethercap and received a bachelors in Computer Science from Tsinghua University. 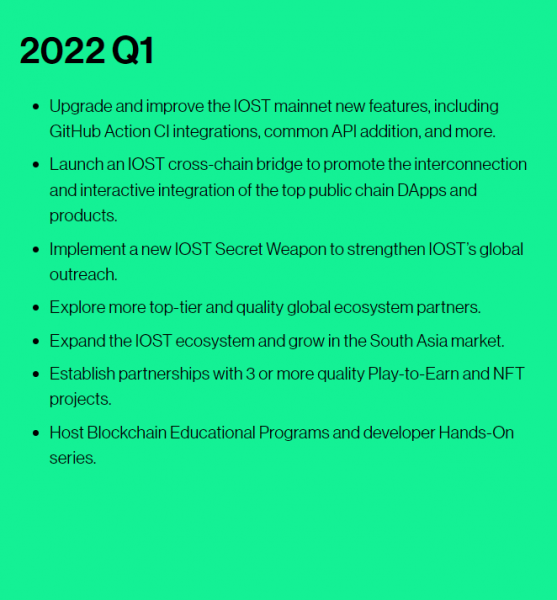 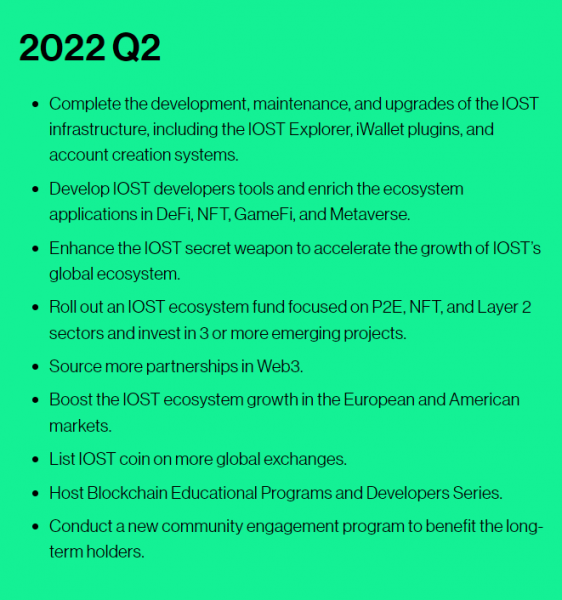 Where to store IOST (IOST)

When it comes to wallets, IOST have their own recommendations. These IOST (IOST) Wallets are developed and contributed by developers in IOST community. These include Chrome Extension wallets such as iWallet and Jetstream that can be used on your PC. If you are looking for a mobile friendly wallet, IOST recommandations are:

Similarly, a user-friendly option to keep your $IOST secure can include MetaMask, a leading browser wallet extension popular amongst DeFi platforms and highly praised by developers. Users can integrate with the network’s Liquidity Mining pools by connecting to your MetaMask wallet.

Other options to keep your IOST (IOST) safe and secure offline could include the leading hardware providers Ledger and Trezor.

Always conduct your due diligence and research into any wallet provider you consider.

Where to buy and sell IOST (IOST)

You can Buy & Sell IOST (IOST) by heading over to the Buy Coins page of our website. IOST (IOST) is available on BC Bitcoin trading against major fiat currencies: GBP and EUR. Buying $IOST has never been easier, simply place your order and provide your wallet address. Once your payment arrives IOST (IOST) will be sent directly to your wallet.

If you choose to Sell IOST (IOST) you can send us the coins and receive a payment to your bank account. Details and valuation can be found on our Sell Coins page.