Announced by the Acala Foundation in October 2020, the highly anticipated Karura (KAR) is the sister chain of its Polkadot-based counterpart. By securing its Kusama parachain lease in 2021 the launch became official in June with the protocol having ambitions to become the all-encompassing Decentralised Finance (DeFi) hub of the Kusama (KSM) network.

As part of Polkadot’s (DOT) the ever-expanding Canary network, Karura can utilise the userbase of the popular network and provide traditional DeFi solutions to the longstanding framework and ecosystem. By being built on a Kusama parachain the protocol can also devise daring and pioneering new systems, giving the Acala Foundation team the platform to launch bold new DeFi innovations. Karura will access Kusama’s plug-and-play security without compromising its rapid processing speeds other significant advantages include micro-gas fees, and interoperability between multiple networks via acala, all ultimately bridged to Polkadot.

•    Polkadot (DOT) is an esteemed network built by British developer Gavin Wood who was also instrumental in creating Ethereum (ETH).
•    Kusama (KSM) is self-described as Polkadot’s wild cousin, currently is used as a sandbox for developers to create trailblazing developments and distribute parachains to successful projects.
•    Acala a Polkadot-Based crosschain initiative funded by the Web3 Foundation to promote the successful expansion of the Polkadot network.
•    Karura the first parachain and DeFi platform for the Canary network built on Kusama. 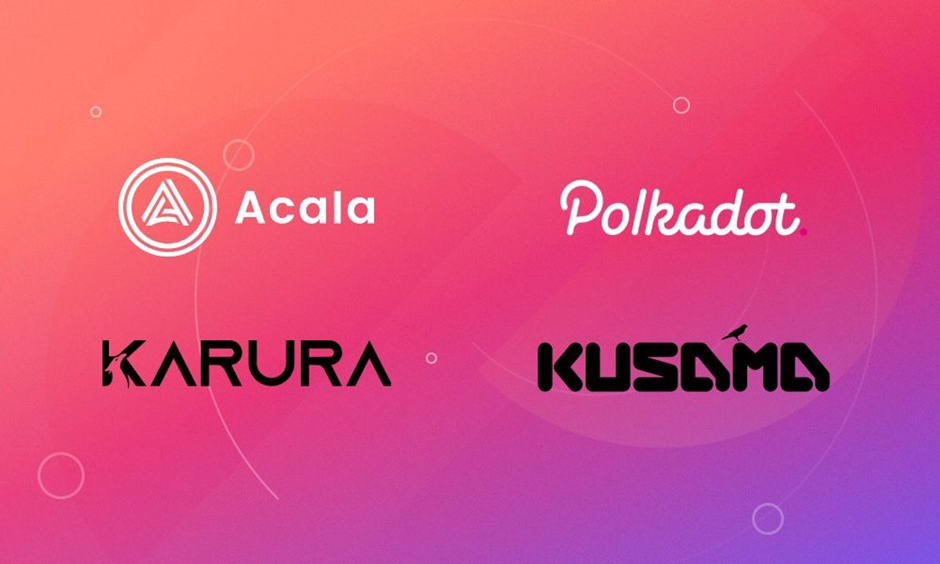 At the core of Kururas Decentralised Finance Applications (dApps) is its Decentralised Exchange (DEX) KaruraSwap which will function as an Automated Market Maker (AMM) and will support native tokens, ERC20 tokens with plans for further interoperability via crosschain developments. Benefits DEX participants can expect include access to coins early through their stake-based governance protocol, in which coin proposals will enter a referenda that typically spans a concise 8-day period.

The ability to trade without a third-party exchange has the potential to provide fast access to markets even in times of volatility and congestion. The protocol will also available without authorisation requirements for use. Inherent advantages of KaruraSwap and other DEX platform is the abundance of trading pairs as most cryptoassets listed on Karuras DEX will be available as a trading pair amongst its other coin offerings. Comparatively exchanges usually offer limited pairs predominately BTC and various stablecoins.

Inherent advantages of KaruraSwap and other DEX platform is the abundance of trading pairs as most cryptoassets listed on Karuras DEX will be available as a trading pair amongst its other coin offerings. Comparatively exchanges usually offer limited pairs predominately BTC and various stablecoins. The lending protocol will feature its own crypto-collaeralised stablecoin, copiously named kUSD and will be governed by Karura (KAR) token holders through its governance procedures.

On the authority of Karura, the network and DeFi apparatus will be able to settle transactions for a fraction of the gas fee required on corresponding networks. Attained through Kusama’s weight-based fee model, transaction fees will vary on basis’ primarily down to complexity.

Due to the ongoing interdependence between the networks, the Karura team is mainly comprised of leading figures at Acala.

Ruitao Su, Bryan Chen and Bette Chen are the three Co-Founders for both networks, all of which having a shared history at Laminar a New-Zealand based synthetic asset and margin trading platform where they all again held Co-Founder positions in tandem with executive titles, subsequently enriching their team with cryptocurrency and business acumen. The trio have all deeply entrenched themselves into the Canary Network and Web3 foundation in conjunction with Bryan Chen serving as a Polkadot Ambassador.

The fourth Co-Founder is Fuyao Jiang, who brings his unique perspective and knowledge of the Polkadot infrastructure and blockchain to the team. Through his time engineering Polkadot based wallet services and being the founder of Polkawallet.

Where to Store Karura (KAR)

As a result of Karura having the architect of Polkawallet on their roster compatibility of the two platforms allows for full engagement and interoperability for The Canary networks dApps and more from the ever-changing Polkadot ecosystem. The application fully supports Karura (KAR) available on both desktop and mobile devices via the App Store, Google Play and Android APK.

Where to Buy and Sell Karura (KAR)

If you choose to Sell Karura (KAR), you can send us the coins and receive a payment to your bank account. Details and a live valuation can be found on the Sell Coins page.