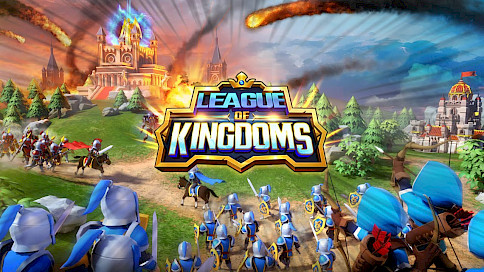 What is League of Kingdoms Arena (LOKA)?

League of Kingdoms, the first 4x MMO strategy game on the blockchain, debuted in July 2020. League of Kingdoms is a play-to-earn environment that enables users to make money by engaging in in-game activities.

Users can construct kingdoms, create armies, make alliances, and engage in war for dominance and riches while playing the game. The game offers party-play (MMO), player-versus-player (PvP), and player-versus-environment (PvE) game types. The game is blockchain-based, and its ecosystem of in-game assets and properties, including the renowned Land NFT, includes a variety of them. The League of Kingdoms world's foundation is represented by the Land NFTs, which are kept on the blockchain network. 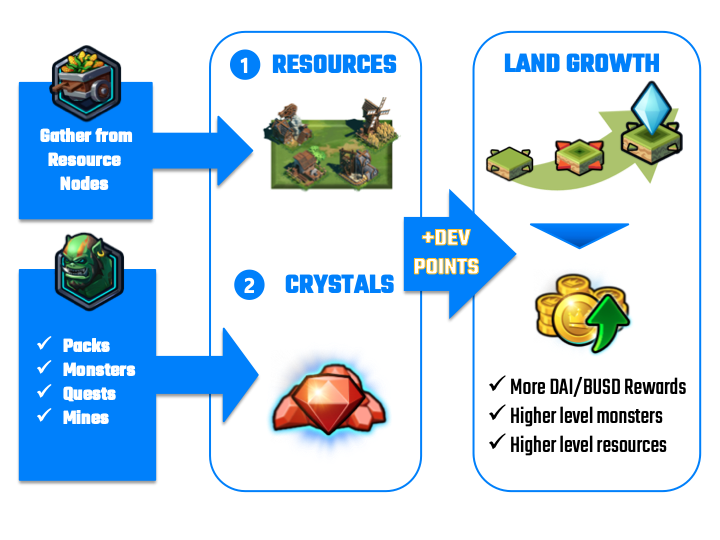 In the League of Kingdoms game metaverse, $LOKA is a governance token of the kingdoms, by the kingdoms, and for the kingdoms. LOKA stands for a broad range of democratic rights, including but not limited to the right to vote, the right to make proposals, the right to join, and the right to express one's opinions on various issues. It can be a two-edged sword in this way. These rules, fines, fees, tolls, etc. will probably need to be developed collaboratively by a number of participants in the governance process. 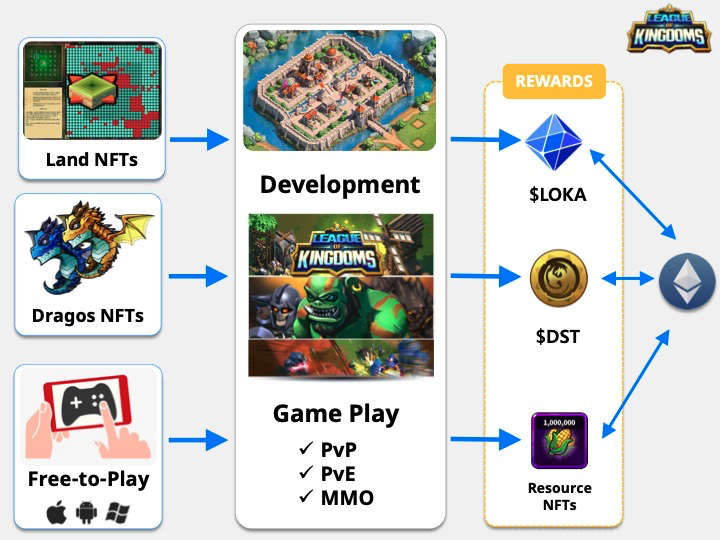 Chief Executive Officer (CEO) and co-founder of NOD Games is Chan Lee. Chan Lee previously held a position as a product designer for Samsung Electronics, served as an executive board member for the fintech company DAYLI financial group, and co-founded NEXTMATCH, the leading provider of dating app services in South Korea.

Steve Hwang, the chief technology officer (CTO) and co-founder of NOD Games, is a skilled programmer and game creator. He was formerly a software engineer at Electronic Arts, a well-known video game company, and a founding member of Gamevil, a mobile game publisher based in Seoul, Republic of Korea.

Han Yoo is in charge of the game studio's marketing, operations, and business development initiatives. Han, a management expert by training, developed his career in supply chain and product management at LG Electronics, a major global electronics company, where he handled supply chain operations in the US and launched various products.

Other key members include:

Looking into the future of what lies ahead for League of Kingdoms Arena - 2023: Supporting infrastructure:

2024: Decentralization - The ultimate goal is to create a community-driven, decentralised digital metaverse that gamers can control and flourish in. Some potential features (subject to changes) include:

Where to Store League of Kingdoms Arena (LOKA)

One option to store $LOKA tokens secure is Metamask – a non-custodial software hot wallet. It can be used to interact with decentralized applications (dapps) and integrate with network’s Liquidity Mining pools.

An alternative wallet provider for League of Kingdoms Arena (LOKA) token holders can be Trust Wallet – a multi-currency mobile wallet that enables users to simultaneously store a variety of digital assets in one place. Popular among traders and gamers, the beginner friendly mobile wallet may be appropriate for users looking for a convenience and accessible app, with trusted security and backup options.

Where to Buy and Sell League of Kingdoms Arena (LOKA)

If you choose to Sell League of Kingdoms Arena (LOKA) you can send us the coins and receive a payment to your bank account. Details and valuation can be found on our Sell Coins page.