Lisk is a blockchain ecosystem fuelled by the LSK token created by Lightcurve. LSK is the utility token on the Lisk blockchain that is also used to pay for transaction fees. The initial distribution on the Lisk blockchain was 100,000,000 LSK and since its launch in May 2016, holders are being incentivized for securing the asset. This incentivisation is part of every new block and cannot be changed; this is called a block reward. The block reward distribution structure began as 5 LSK for every new block created, with the built-in algorithm designed to reduce this yearly by 1 LSK until October 2020. Currently, the block reward is 1 LSK and this will now stay the same for eternity.

Lightcurve has produced the Lisk ecosystem which includes the Lisk SDK. The Lisk SDK (Software Development Kit) allows developers to easily build blockchain applications compatible with the Lisk protocol in JavaScript. The architecture of the Lisk SDK was designed so that it could be extended to meet the requirements of many blockchain uses. Apps that have been built on Lisk include:

More information on the Lisk ecosystem, Lisk token and the Lisk SDK can be found on Lisk’s official website here. Lisk seem to be branching out further and they have many useful resources within their documentations section of their website.

The Lisk team’s mission is to build an accessible and robust ecosystem of developer tools and user interfaces, and also build trust for people who want to extend their field of work in blockchain. Lisk’s directors are Max Kordek CEO and Oliver Beddows CTO. Max is a globally recognized blockchain visionary who leads strategy and business at Lisk and co-founded Lisk with Oliver Beddows.

The Lisk team can be found on LightCurve’s official website here.

Phase: Quartz - 1st January 2016 - 24th May 2016 - The Quartz phase details the infant initial release period of Lisk, with the meaning of their name reflecting the word ‘Obelisk’, the shape of Quartz. From this date, Lisk continued to expand after it implemented a transaction pool and a multi-signature system, to then later introduce block rewards for delegates.

Phase: Ruby - 16th August 2018 - 23rd July 2019 - Ruby suggests love, and the Lisk team believe that developers and users will demonstrate this level of love and affection for their Lisk SDK. This resulted in Lisk creating and improving modular architecture for the Lisk SDK in addition to improving wallets for desktops and introducing mobile wallets for their token; this was the first step for Lisk becoming a blockchain application platform.

Phase: Emerald - 23rd July 2019 - Ongoing - ‘Health and renewed life’ is conveyed through the Emerald phase and this is Lisk’s vision for further improving and scaling the Lisk SDK and Lisk Core. Lisk is now building the key areas of network security and reliability, economics, consensus, and longevity. During the Emerald phase, all protocol improvements were researched before being implemented, this resulted in the publication of 36 Lisk Improvement Proposals (LIPs).

Phase: Sapphire - Not started yet - The Sapphire phase resonates with its attributes which are supposedly communication properties and transformative energy. This corresponds to Lisk’s onward journey of transforming Lisk into an even more secure and stable network that achieves communication between different Lisk blockchains.

Phase: Diamond - Not started yet - Diamond is the purest gem on our planet and Lisk idealises this as their completed network. The final version of Lisk hopes to consist of cutting-edge technology that offers interoperability with other blockchain ecosystems such as Ethereum and Cosmos. 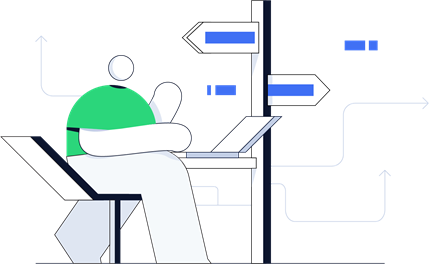 Where to Store Lisk (LSK)

Lisk is supported by a variety of wallets and one secure method of holding LSK is using the official Lisk wallet which is available on desktop and mobile devices. The Lisk wallet is actively maintained and constantly being improved with new features. To download the wallet, navigate to Lisk’s official website here. To ensure higher security of your account, you should initialise your Lisk wallet by making at least one outgoing transaction; this may be a balance transfer to your own account.

Alternative wallets to store LSK and a range of other tokens include Exodus (our most recommended), Guarda Wallet or Atomic Wallet. We recommend using Exodus to store LSK as Exodus has a very user-friendly interface and supports most cryptocurrencies. Your LSK wallet address can be prominently displayed within Exodus ensuring ease of use when sending and receiving this token. The platform also presents a real time portfolio valuation and tracks the value of digital assets held.

We always recommend our customers to perform their due diligence and research into any platform they are looking to start using. You may find some general information regarding various wallets on our Wallet Guides page.

Where to Buy and Sell Lisk (LSK)

You can Buy & Sell Lisk (LSK) here at BC Bitcoin. You can Buy LSK by heading over to the Buy Coins page of our website. LSK is available on BC Bitcoin trading against major fiat currencies: GBP and EUR. Buying LSK has never been easier, simply place your order and provide your wallet address. Once your payment arrives, LSK will be sent directly to your wallet.

If you choose to Sell Lisk (LSK), you can send us the coins and receive a payment to your bank account. Details and a live valuation can be found on the Sell Coins page.