What is XDC Network (XDC)?

XinFin is a hybrid blockchain platform based out of Singapore.  The XinFin Network incorporates different aspects of the Ethereum public blockchain and the Quorum private blockchain to create their hybrid protocol.  XinFin’s ability to highlight the limitations in early blockchain technology such as high user fees, poor developer experience or low productivity has enabled them to create what developers claim to be a third generation blockchain.

XinFin uses ISO20022 messaging standards, an emerging global standard for payments messaging, which gears XinFin with attributes such as Instant Block Finality and Interoperability.  The project aims to eventually become the language of global trade and finance and to do this, they must bridge the gap between legacy systems and the blockchain.  Developers claim that this hybrid blockchain is the next generation of the global computer network, combining both the transparency of public blockchain technology with the security and speed of private network technology.

XinFin can be seen as unique in many ways, one of which is through its consensus mechanism, which uses XinFin Delegated Proof of Stake (XDPoS).  This ultimately means that for the network to both run and be secured, XinFin relies on a group of distributed nodes that must meet a required stake volume.  In order to maintain this consensus, XinFin consumes around 0.0000074 TWh of electricity in comparison to other market leaders such as Bitcoin and Ethereum who reportedly consumer 71.12 and 20.61 TWh respectively to produce the same output.  It is therefore argued by the creators of XDC that XinFin is one of the most environmentally friendly blockchains currently operating.

XDC’s developers, XINFIN Foundation, is a not-for-profit organisation who are looking to cooperate with different international governments on the matter of bridging the existing gap in global infrastructure.  As claimed by XinFin, the lack of sponsored financing by governments impedes the ability to enhance many infrastructure projects globally.

XinFin has a team of multiple senior advisers, with extensive experience and knowledge in the space:

Roger Ver – CEO at Bitcoin.com - Dubbed ‘Bitcoin Jesus’, he is also pro Bitcoin-adoption around the world.  In 2011, his company Memorydealers.com, became the first mainstream company to accept payments in bitcoin.

Mate Tokay – COO at Bitcoin.com – An active a vocal proponent for both Bitcoin and Bitcoin Cash.  Tokay focuses his attention on staying on top of industry trends as well as communicating his broader vision to others, with his goal being to make cryptocurrencies as popular as possible.

Jason Butcher – Co-Founder - Blockchain Hub, COO – Coinpayments – An entrepreneur with lots of experience in building global businesses across diverse industries.  Butcher is keen to apply his entrepreneurial spirit to the mission of digitalising the world of finance and payment processing.

Focus on implementing a robust support for the XDC Mainnet by integrating new wallets:

Increase the usage of XDC with dApps currently running on the XDC Network: 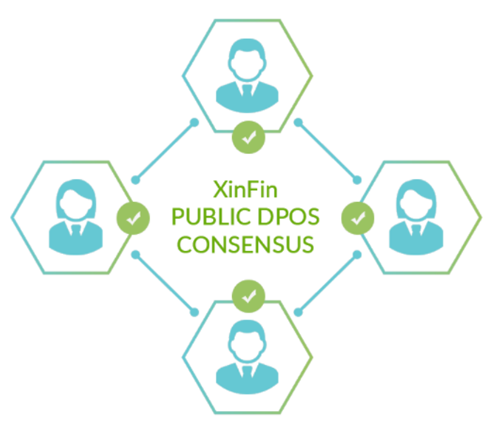 Where to Store XDC Network (XDC)

XinFin itself has its own official XDC web wallet. This option is a client side, free interface where you can interact with the XinFin Blockchain. The company also support their own mobile wallet which can be downloaded on both iOS and Android devices to enable users to check their XDC balance in fiat currencies and monitor exchange rates with real-time price charts. There are multiple functions to the XDC wallet such as the ability to generate wallets, connect with smart contracts, and much more.

An alternative multi-currency wallet to securely hold XDC is Guarda Wallet. Guarda is a non-custodial cryptoasset storage platform that offers a desktop and mobile version, as well as a web wallet and a chrome extension. To learn about generating a Guarda XDC wallet, please refer to their official site.

Where to Buy and Sell XDC Network (XDC)

You can Buy & Sell XinFin (XDC) here at BC Bitcoin. You can Buy XDC by heading over to the Buy Coins Page of our website.  XDC is available on BC Bitcoin trading against major fiat currencies: GBP and EUR. Buying XDC has never been easier, simply place your order and provide your wallet address. Once your payment arrives, XDC will be sent directly to your wallet.

If you choose to Sell XDC, you can send us the coins and receive a payment to your bank account. Details and a live valuation can be found on the Sell Coins Page.