Founded by Bram Cohen on August 1st 2017, Chia is both a Cryptoasset and blockchain smart transaction platform, with its objective primarily being to ensure a cryptocurrency that is easier to use than cash. Chia operates using a Proof of Space and Time consensus, a less electricity-intensive consensus mechanism, enabling its annual energy consumption to be that of 0.16% and 0.36% of Bitcoin’s and Ethereum’s respectively. Its Proof of Space and Time consensus evidences that a prover has spent an amount of time keeping a reserved space unchanged. It is possible to operate the farming of Chia using unused storage on laptops, desktops or corporate networks, where in return you will receive a reward in Chia’s native token, XCH, as this procedure helps secure its blockchain.

Developers claim Chia to be the most decentralised blockchain ever, with 350,000 nodes ensuring its consensus. With its new smart transaction model, Chia uses two languages that support the creation of smart contracts. A higher-levelled language in the form of Chialisp, and an accompanying lower-leveled language called Chialisp Virtual Machine (CLVM) which helps the project be far more auditable. Remaining compliant is a key feature of this project's development and its promise of next-generation blockchains, with its eventual goal being to have XCH regulated as a commodity. Cohen, alongside his team of engineers, researchers, and open source contributors, has invented three new developments in applied cryptography including, the production use of BLS Signatures, the production use of a Verifiable Delay Function, and Proofs of Space and Time (PoST).

The Chia network is a peer-to-peer blockchain, with the functionality to process financial transactions, run smart contracts written in Chialisp, and mint tokens from XCH (The base currency of Chia). This project is always looking to enhance its scalability and performance, with an objective to standardise cryptocurrency payment, using a platform that provides the same level of security as Bitcoin, yet using a fraction of the energy. 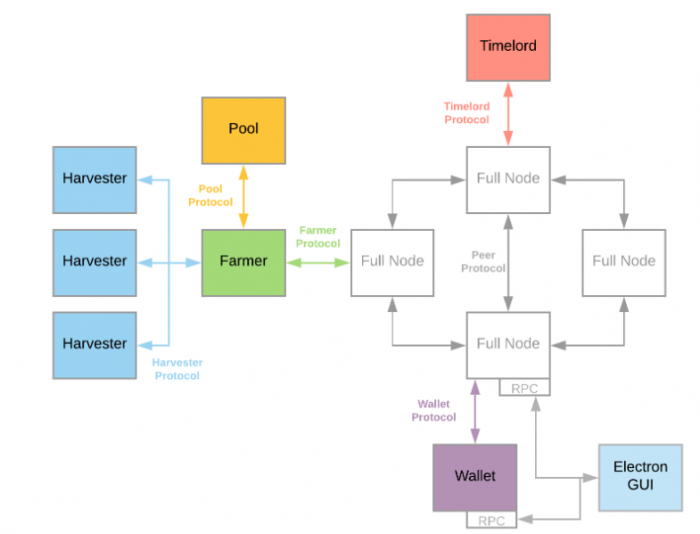 The Team at Chia have the objective of building the best blockchain and smart transaction platform in the crypto space, aiming to consistently improve their security, sustainability and power. Many individuals have the opportunity to contribute on the Chia blockchain, as Chia provides users with an active open-source developer community. Functions, in which people can contribute towards the blockchain, include research, peer reviews, development, testing, documentation, and translation.

Bram Cohen is the Director, Chairman, Chief Executive Officer and Founder of Chia. In 2004, Cohen created and became CEO at BitTorrent, the most used protocol for peer-to-peer file sharing over the internet which by 2009, accounted for between 43% and 70% of all internet traffic. Throughout his time working there, through to 2017, Cohen has often been accused of being Satoshi Nakamoto, a claim he states is false. He has also worked in a variety of roles developing his skill set as a Director including, an Engineering Manager, Product Manager and a Member of the Board of Directors. It was August 2017 when Cohen decided to leave BitTorrent with his focus now on the creation of the Chia Network.

Gene Hoffman is the Director, Chief Operating Officer and President at Chia. Hoffman has evidenced his clear entrepreneurial skill through the sale of three companies which he had created, these being sold to PGP, Inc., Vivendi-Universal, and Amdocs. From 2017 to 2019, he was an advisor to the board of Chia Network and prior to this, had served as a board member at eight technology and energy companies. In line with Chia's compliant focus, Hoffman has 23 years of experience working in high compliance security environments. Throughout this experience, Hoffman spent 12 years managing the compliance procedures for the storage of 220,000,000 credit cards.

Misha Graboi is the Chief Financial Officer at Chia, with his past experiences allowing him to excel in his role. Prior to his position at Chia, Graboi was the CEO of Delta-V Global Management, a consultancy-focused firm that managed assets. Earlier in his career, Graboi worked at Goldman Sachs as an Executive Director, where he would have gained valuable knowledge in the trading industry focusing on European Internet Equity Research. To begin his career, he worked as a technology investment banker and an Internet equity research analyst at CIBC Oppenheimer. 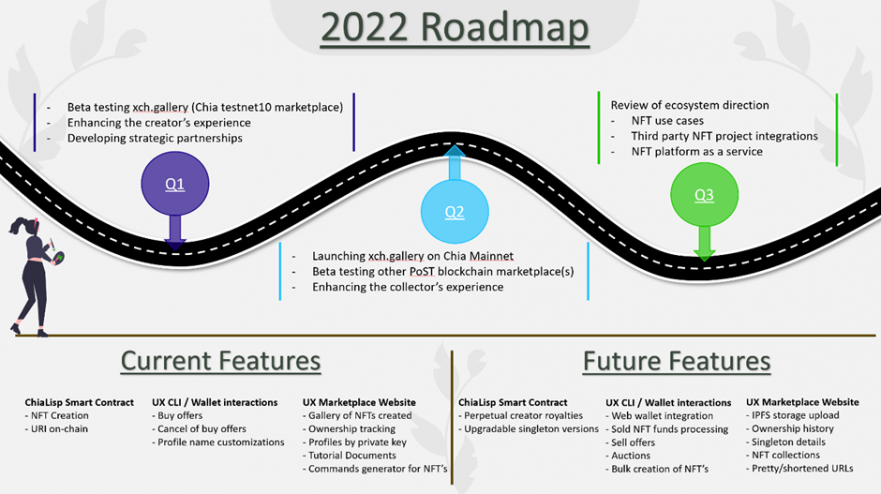 Where to Store Chia (XCH)

The Chia (XCH) Official Light Wallet (BETA) is based on its requirement for the wallet to be synced to a full node. This is considered by Chia to be the safest wallet applicable and also offers the ability for a cold wallet to be created using the same software. This wallet uses an Electrum-style protocol to greatly reduce its syncing time and also is the first to support the implementation of Chia Asset Tokens (CATs).

Nucle is an alterntive fully decentralised Chia blockchain type wallet. The open-sourced web wallet does not require users to sync to a full node and gives traders instant access to their XCH tokens using the Recovery Phrase.

Where to Buy and Sell (XCH)

You can Buy & Sell Chia (XCH) here at BC Bitcoin. You can Buy XCH by heading over to the Buy Coins page of our website. XCH is available on BC Bitcoin trading against major fiat currencies: GBP and EUR. Buying XCH has never been easier, simply place your order and provide your wallet address. Once your payment arrives, XCH will be sent directly to your wallet.

If you choose to Sell Chia (XCH), you can send us the coins and receive a payment to your bank account. Details and a live valuation can be found on the Sell Coins page.