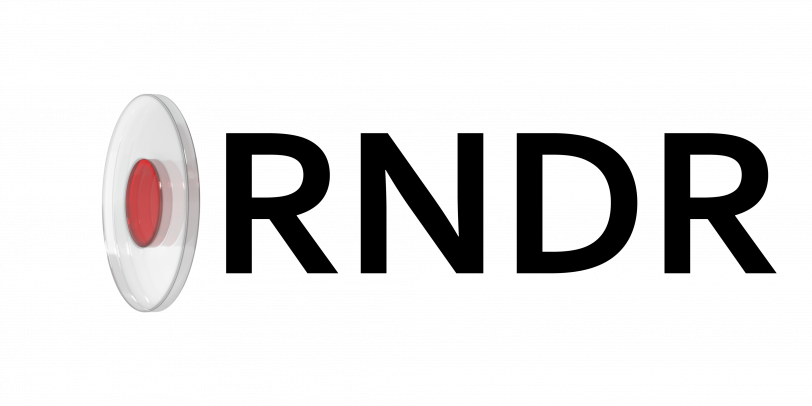 What is Render Token (RNDR)?

Render Token (RNDR) is an ERC-20 utility token used by artists on the network to exchange for GPU compute power from GPU providers (node operators). Designed as the payment token for services offered by Render Network.

Render Network is a distributed GPU rendering network built on top of the Ethereum (ETH) blockchain, focusing to link studios and artists in need of GPU compute power with mining partners willing to rent their GPU capabilities out.

Using the Render Network, creators can tap into GPU power to render final images at higher speeds and lower costs than previously available. While node operators rent out their spare GPU to creators and receive RNDR tokens for time spent rendering.

Despite being in great demand, GPUs are often idle when they are not being used by a developer to render their own work. By tapping into these unused resources, the Render Network suggests it can greatly improve inefficiencies in the current system.

Utilizing the inherent security properties of the Ethereum blockchain, proprietary assets are hashed upon upload and sent to nodes piecemeal for rendering. All RNDR payments are stored in escrow during rendering and are released to node operators upon manual verification by the commissioning artist of successful work.

Founded in 2016 and launched in 2017 by Jules Urbach, CEO of OTOY, the RNDR team is based out of Los Angeles with team members from all over the world.

The RNDR advisory board members:

Begin to enable cloud rendering services on the orc.otoy.com website with the ability to exchange tokens for rendering services that will be kept track of and facilitated by the blockchain. These services would be initially handled by OTOY or third party servers and would set the framework for a reliable transition into the peer-to-peer framework of rendering.

Leverage the ecosystem to bring ~7 million users on-board with the Render token platform on the ORC Network and create a simple user interface so that users and developers can easily utilize their GPU power for rendering and streaming jobs in exchange for Render tokens. To also create and expand the structure for the back-end OTOY network that will handle the efficient processing of the rendering and streaming transactions via the Ethereum blockchain. Beta launch of the network and testing will take place in this phase

Launch the peer-to-peer exchange and unlock full capability of the Render token network to enable users to use the untapped GPU power from the available resource pool. Make back-end processes streamlined and make the facilitation of the rendering/streaming job to the recipient completely automated through smart contracts and blockchain development.

Once the peer-to-peer network is all set-up and running in a stable manner, begin to focus efforts to unlock the true value and potential of the render jobs processed through the Render Token and the ORC network.  Stress the capabilities that they will bring in terms of custom streaming permissions, copyright protection, and unique render creation and publishing. Eventually, the process of rendering using our framework will carry additional value in the form of new and exclusive features. Release additional information on this process during future written posts and documentation.

Where to store Render Token (RNDR)

Render Token (RNDR) tokens are built on the Ethereum network and can be stored in any wallet compatible with Ethereum-based ERC-20 tokens.

Options to keep your Render Token (RNDR) secure and offline can therefore include the leading hardware wallet providers Ledger and Trezor.  All ERC-20 tokens including Render Token (RNDR) can be stored on the Ethereum blockchain using MyEtherWallet, allowing users to interact with the network without additional software.

An alternative wallet provider for Render Token (RNDR) token holders can be Trust Wallet – a multi-currency mobile wallet that enables users to simultaneously store a variety of digital assets in one place. Popular among traders and gamers, the beginner friendly mobile wallet may be appropriate for users looking for a convenience and accessible app, with trusted security and backup options.

Similarly, a user-friendly option to keep your $RNDR secure can include MetaMask, a leading browser wallet extension popular amongst DeFi platforms and highly praised by developers. Users can integrate with the network’s Liquidity Mining pools by connecting your MetaMask wallet.

Where to buy and sell Render Token (RNDR)

If you choose to Sell Render Token (RNDR) you can send us the coins and receive a payment to your bank account. Details and valuation can be found on our Sell Coins page.