What Is Storj (STORJ)?

An open-source cloud storage system is called Storj, which is pronounced "storage." In essence, it hosts user data on a decentralized network of nodes. The platform uses cutting-edge encryption to secure hosted data as well. Storj was first conceptualized in a white paper that was released in December of 2014. A decentralized peer-to-peer encrypted cloud storage platform was intended to be used. An updated white paper was released two years later. This article presented a decentralized network that links people who require cloud storage space with those who have hard drive space to sell. Late in 2018, the platform was made available.

Access to the network is available to anyone with enough hard drive space and reliable internet connectivity. They become a node, a component of the network. Storj coins are used to pay space providers.

Storj stands out from other cloud storage networks in a variety of ways. For starters, Storj operates on a network of thousands of separate computers, unlike standard cloud storage solutions that keep data in big data centers. By installing Tardigrade, anyone with a few extra terabytes of space can join the platform as a node. A reliable and powerful internet connection is all that is needed. Because of the network's efficiency, hosts pay significantly less for the storage of their data than they would if they used conventional cloud storage services. 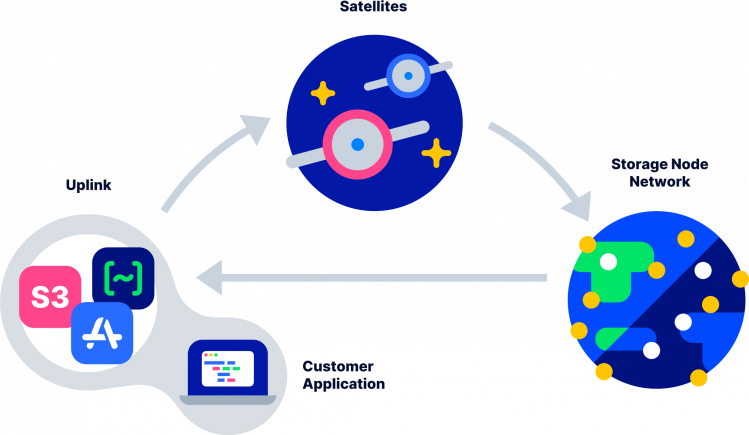 To produce and safeguard user data, Storj Labs Inc. employs its Tardigrade software, which is installed on node PCs. We no longer need to rely on cloud storage service providers to protect the confidentiality of our data thanks to this network of anonymous nodes. Peer-to-peer encryption is another feature of the system, which implies that each file is encrypted before it is distributed to the network of separate sites. It is virtually impossible to hack since each node only receives a random portion of a whole file, and the decryption keys are distributed across the host, each node, and each node.

In a process known as mining, node operators are rewarded for hosting data as well as checking at random the security and retention of the housed information (PoW). This is accomplished by utilizing the Storj token. The Storj tokens paid to nodes are provided by people or organizations who want to store their data on the network. User data is safeguarded by this system against hacking and other malicious assaults. Additionally, it eliminates the danger of keeping user data in a few isolated data storage units, which might be the target of a well-planned, coordinated attack and result in a significant loss of user data. 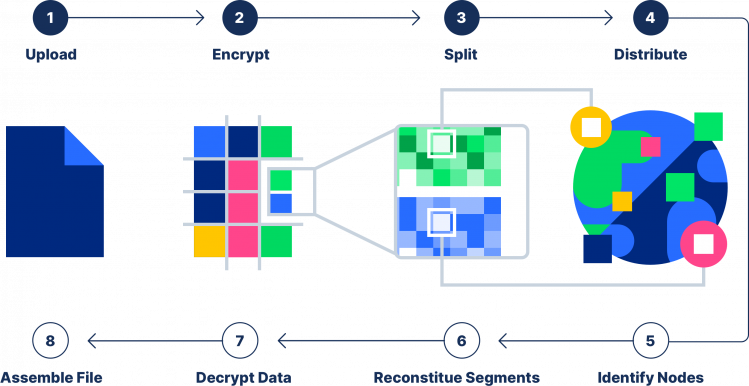 Wilkinson was an Atlanta-based software developer. He recognized the potential of using blockchain technology to create a decentralized cloud storage network. Later, he resigned from his position as CEO to allow a more qualified person to take over.

Quinn had a strong history in company development in addition to being an enthusiast for blockchain technology. He worked in the investment banking sector before starting his own enterprises, such as Storj. Storj Labs Inc. was established as the concept's corporation in May 2015. 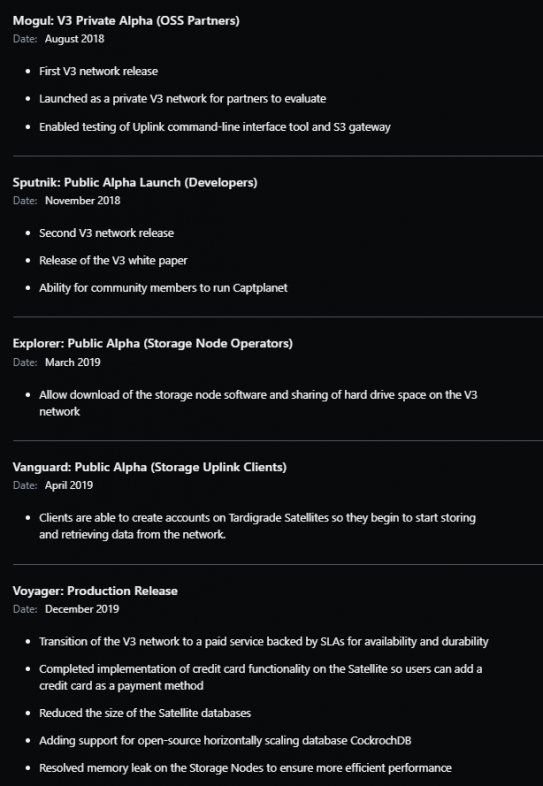 Where to store Storj (STORJ)

An alternative wallet provider for Storj token holders can be Trust Wallet – a multi-currency mobile wallet that enables users to simultaneously store a variety of digital assets in one place. Popular among traders and gamers, the beginner friendly mobile wallet may be appropriate for users looking for a convenience and accessible app, with trusted security and backup options.

Similarly, a user-friendly option to keep your $STORJ secure can include MetaMask, a leading browser wallet extension popular amongst DeFi platforms and highly praised by developers. Users can integrate with the network’s Liquidity Mining pools by connecting your MetaMask wallet.

The Atomic Wallet is another wallet provider that supports the Storj (STORJ) coin. This software wallet can be downloaded on to a desktop or mobile device and offers a wide range of features such as, enhanced anonymity, decentralisation, and security.

If you are looking for a cold storage wallet to keep you Storj tokens offline safe, we recommend using the leading hardware providers Trezor and Ledger.

Where to buy and sell Storj (STORJ)

You can Buy & Sell Storj (STORJ) by heading over to the Buy Coins page of our website. Storj (STORJ) is available on BC Bitcoin trading against major fiat currencies: GBP and EUR. Buying $STORJ has never been easier, simply place your order and provide your wallet address. Once your payment arrives Storj (STORJ) will be sent directly to your wallet.

If you choose to Sell Storj (STORJ) you can send us the coins and receive a payment to your bank account. Details and valuation can be found on our Sell Coins page.